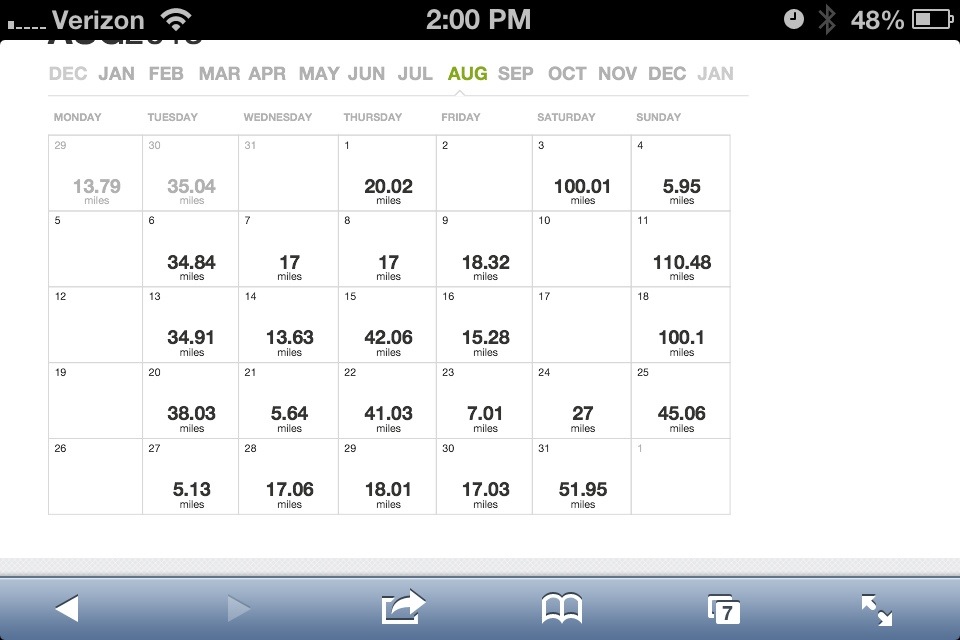 This isn’t all that big a deal. I’m tame compared to some of the guys I ride with, though considering the other important things in my life, this is pure awesome!

Some notes on my new Venge Comp now that I have some miles decent miles on it:

Specialized hit a home run on the balance between stiffness for power transfer (when I step on the pedals, the thing flat-out goes!) and suppleness for a very smooth ride. IMAO the rumors that the Comp is not a century bike are over exaggerated.

The Venge, and this is unmistakeable, allows me to ride faster than my 5200. It’s not a lot, less than a half mile an hour, but I’m holding a 19.5 mile average – into a 10 mph headwind for the last 18 (solo) on a 46 mile ride on open roads – and I still had enough in the tank to go for a ride with the wife and kids on the fat tire bikes. Dude, that’s superhuman for me looking at it in proper context.

The Venge Comp is quite. Many of the internally routed cable bikes receive complaints of creaks and groans. Not this one, and I’m not the only one to say so. It’s a very solid ride.

I could not possibly be happier with that bike.

It’s three o’clock in the morning (unless you’re Hillary Clinton playing Redundant Woman on Word Girl, in which case it’s thee am in the morning) and I’m sitting up perusing Nashbar for a deal on some new cycling sunglasses because my favorite pair evah just broke and I remembered that Sandra over at A Promise To Dad gave me an Award two weeks ago and I failed to mention it here.

So Sandra, my friend, thank you so much for the award, please forgive my dopiness (there has been a lot going on around here lately).

Being a part of the family is what it’s really all about.

So, my WordPress family members, aside from Sandra, are (in no particular order):

There are others too, but I’ve gotta keep this reasonable!

So, Sandra, thank you for the award sister.  It is greatly appreciated and I’ll put it on the mantel.