All You Need to Know About the Serenity Prayer…

Now, this is going to be a little weird, but make two fists. Now extend those fists out by straightening your arms parallel to the ground…

Now point your thumbs out so they’re straight. Point them straight up in the air next…

With me? Good, ’cause this next part is a little tricky…

Rotate your hands, keeping those fists, with your thumbs straight, so that your knuckles (the one’s that connect your sausages to your hands) are pointing up at the sky…

Yup, that’s it. You’re pointing at the only thing you can change.

You now know everything you need to know about the serenity prayer. You now know the difference.

If you just thought (or said), “Yeah, but…” Go back and read this post again, starting from the beginning.

Yes. I did too, but that was a long time ago. 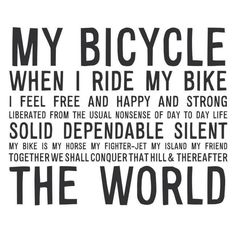 On Robin Williams Passing: Sobriety is a Promise to No One…

I won’t spend too much time writing about what Robin Williams meant to me even though it was a lot, simply because I believe gushing over someone who committed suicide romanticizes the act in the eyes of others – well, at least I had daydreams of people waxing on about what a great guy I was had I gone through with it back when my life sucked, before I was able to finally stay sober for more than a few days in a row.  I will say this though:  Good Morning Vietnam was one of the few movies my parents and all of the siblings could watch and laugh hysterically over during a pretty dark time in our family.  Add to that the fact that he was one of the few who could make me laugh about being a drunk, by making his own recovery into a comedy sketch, at a time when laughing about anything wasn’t very easy, he held a special place in my heart.

Sobriety is a sweet paradox.  On one hand, it’s very simple:  Don’t drink, do some soul maintenance, maybe learn to work a few steps well, maybe go to a couple of meetings with some other like-minded folks and you get to live a full, happy life.  You show me a cure for cancer that looks like this and I’ll show you a freaking line a mile long to get into those meetings.  On the other hand, it’s a tough life.  There is no escape from the committee in the melon, only a heads-up battle.  Those who lose the battle, end up like Mr. Williams and it sucks.

There is something positive I do take out of something like this though:  Sobriety is promised to no one.  My sobriety is a daily reprieve, contingent upon the maintenance of a spiritual, healthy heart, mind and soul.  It doesn’t matter how much money one has, in fact those with extraordinary means usually have the most difficult time sobering up.   Social status, in a roomful of ex-drunks means nothing, we all ended up in that room one way or another and the circumstances and stories all sound pretty much the same once you cook the particulars out.  There are no cheat days.  We call a friend of mine, a guy who will never be famous, Near Beer.  He used to drink near beer thinking he could get the taste without that pesky problem of the alcohol.  Eventually, because there is alcohol in near beer and a drunk’s body and brain are very aware of this fact, he ended up back at the real thing and it took yet another spectacular spiral for him to quit again.  He says, every time a noob proposes the near beer solution (and often non-prompted), “Near beer, near death.”

Long story short, the only chance I have at a happy life, no matter what is thrown at me, is sober, working on being the best version of me I can possibly be.  Anything less is near death.  Rest in peace Robin – from one ex-drunk to another, you missed the simplest step: