The Noob’s Guide to Cycling, and the Golden Rule for Purchasing a Bike: Don’t Ride What You Can’t Afford

Now that I’ve had my way on everything from a rusted $20 garage sale mountain bike to a purebred race bike, there are several things that I simply can’t live without now that I’ve felt the difference between the former and the latter.

I’d say one of the coolest things that cycling has going for it, beyond the enormous health benefits, is that it can be enjoyed at almost any income level until you get to the upper levels of group riding. For solo cycling, getting fit and dropping weight, a few hundred dollars can set you up for years of pleasurable fitness.

The trick to sticking to what you can afford when it comes to a new bicycle is never riding (or even test riding) something outside of your price range. If the best you could afford three years ago was a big box Huffy mountain bike and you’ve managed to scrape together $600 to splurge on an upgrade, don’t test ride a Trek Superfly 9.9 XX1 (they’re $8,600 new). If you’re currently riding a ’78 Schwinn ten speed and have a thousand bucks together to upgrade to a new street machine so you can finally ride with the local group (and keep up), don’t test ride a Specialized Venge…

The phrase, “ignorance is bliss” may not have been coined for cycling but it perfectly fits the difference between a $300 bike and something fifteen times the price. It is my experience, beyond a shadow of a doubt, that I’m much happier if I don’t know what I’m missing.

I’ve got a few decent bikes and I absolutely love riding them but my Venge (and to an extent, my Stumpjumper 29’er) ruined me as far as ever enjoying a nice, cheap bike again.  So here’s what my going big wrecked for me, top ten style and what I can no longer live without:

10. Great Cycling Shorts – Riding fast is fun, but it ain’t easy, and it’s much, much, much (you getting this?), much more painful in cheap shorts. As long as I’ve got a job and a roof over my head, I’ll have the nicest shorts I can afford.

9. 10 Speed Cassette (minimum) – I love all of the gear selections with a ten speed cassette. Even riding a nine speed is lacking now that I’ve got a 10. Of course, now we can get 11!  For the serious noob who purchased a bike and is thinking of upgrading, my wheels are 10/11 sp compatible – an 11 sp. cassette is a little wider than the 10 sp. so, if you’re thinking of upgrading, your wheels will have to be compatible.  Also, you’ll obviously need new shifters, the new cassette, a new rear derailleur and possibly a new front derailleur and crank.  In other words, upgrading is (often) no simple matter.

8. Internal Cable Routing – I was laughing about this with one of the mechanics at the shop yesterday… Now that I’ve got an internally routed bike, I’d never go back – no more replacing cables on a yearly basis because they’re barraged by sweat and a little bit of rain.  No more cables sticking, poor braking or slow shifting.  Internally routed cables are, in my not-so-humble opinion, the best thing since sliced bread.  They may suck to work on but that’s why they make bike mechanics.

7. A Decent Wheel Set – I made a conscientious decision to stay away from carbon fiber wheels because they don’t make a good all-around wheel when my love of climbing and descending mountains is taken into account.  That said, the very first thing that I broomed from the Venge was the wheels (I have the base model so the wheels were pretty cheap).  Riding on decent, quality rims results in excellent feel and speed benefits.

6. Carbon Fiber Handlebar – This is one of those perfect examples of a luxury turning into a necessity. I’ve got 17,000 miles on aluminum bars and 1,000 miles on a composite… The carbon fiber knocks out so much road chatter in the hands, arms and shoulders the upgrade was worth every penny. 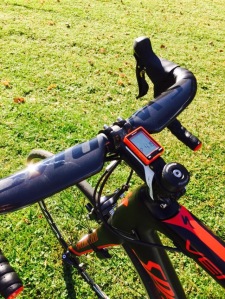 5. Carbon Fiber Frame – Aluminum works fabulously until you’ve ridden a carbon fiber bike…  It’s a ride difference akin to a Chevy Chevette and a Limousine.  If you can’t afford a $1,500 bike (minimum), don’t ever go near anything with a carbon fiber frame.  If you’re an enthusiast, you’ll go into hock to upgrade after a one mile test ride.  There are alternatives, of course.  Many people like the ride of a steel frame or want to split the difference with titanium but steel is heavy and doesn’t last like carbon composite and titanium is more expensive than composite.

4. Stiff Race Saddle – I’ve ridden on a few saddles ranging from a $30, off the rack el cheapo saddle with excessive padding to my current $100 Specialized Romin race saddle which has about two millimeters of padding (if that) and is designed for an aggressive cycling posture.  If you weren’t aware, the stiffer saddles with minimal padding are vastly more comfortable than the cheap padded versions.  Not only that, the high-end saddles come in several widths for optimal comfort.  Choose thy saddle wisely. 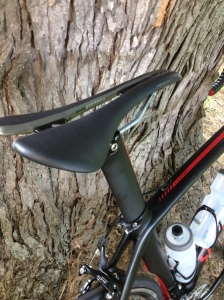 3. Pro Compact Crank – The pro compact crank is relatively new in the last couple of years that features a 52/36 chain ring combination.  While it is just shy of the compact crank set’s 34 tooth small chain ring, it’s close enough for government work when climbing all but the steepest of inclines and you get the 52 tooth big dog.  Put simply, my 5200 is a 52/42/30 triple and I’d take the pro compact every day of the week and twice on Sunday.  Believe me, to be this far down on the list (meaning more important), it’s a pretty big deal.

2. STI Integrated Brake Lever/Shifters – If you’re thinking, “Hey, I’ll just buy an older used bike and get by with down tube shifters…  They can’t be that much slower”.  Your thinking is naïve and incorrect.  Down tube shifters are that much slower and because they’re typically working a seven speed (or less) drivetrain, you’ll have to work a lot harder to keep up.  I save my old Cannondale for slow days when I feel like a change – it rarely comes out of the shed.  While I do dig riding it now and again, just to feel “old school cool”, as a practical matter it will never see a century or a regular speed group ride.

1.  A Proper Bike Fitting – Or, jumble the words:  A proper fitting bike.  My aforementioned Cannondale is about two sizes (6 centimeters, measured by the seat tube) too small.  It was advertised as a 56 cm frame and because I didn’t know my butt from a hole in the ground at the time, I took the guy at his word.  Oops, it was a 54 cm standard Criterium frame (as opposed to a compact frame)…  Long story short, the 54 was way too small for my 6′ frame.  It took a lot of tinkering to get that bike so I could ride it.  I bought my 5200 used from my local bike shop (a 58 cm standard frame) and then my Venge (56 cm compact).  Rather than get into the why’s and how’s of the geometry and how that fits you, I’ll just say that I thought I knew a lot when I bought that Cannondale and to say I was wrong is an understatement of epic proportions.

As a bonus, something I just began to enjoy last summer that I can’t do without but is not directly attached to new vs. old cycling technology is my wife as a cycling partner.

UPDATE: My friend, Titanium Henry commented below that I left out clipless pedals (and carbon fiber soled shoes). Clipless pedals would have to be in the top two, probably tied for first. They are, without a doubt, a perfect example of “now that I know how awesome they are, I can’t live without them”. Thanks brother. 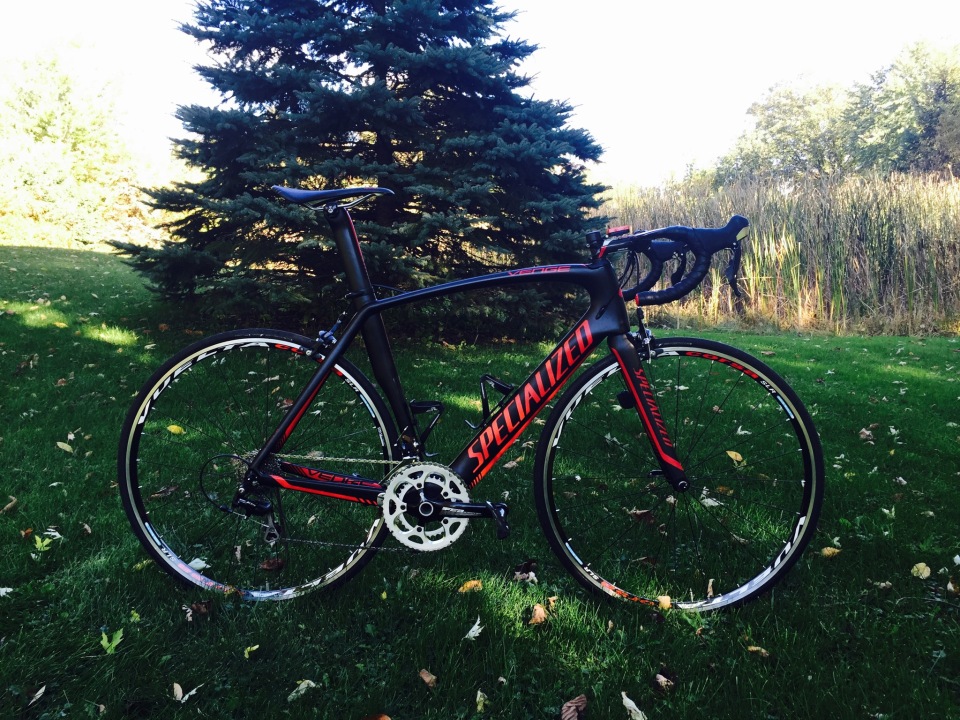 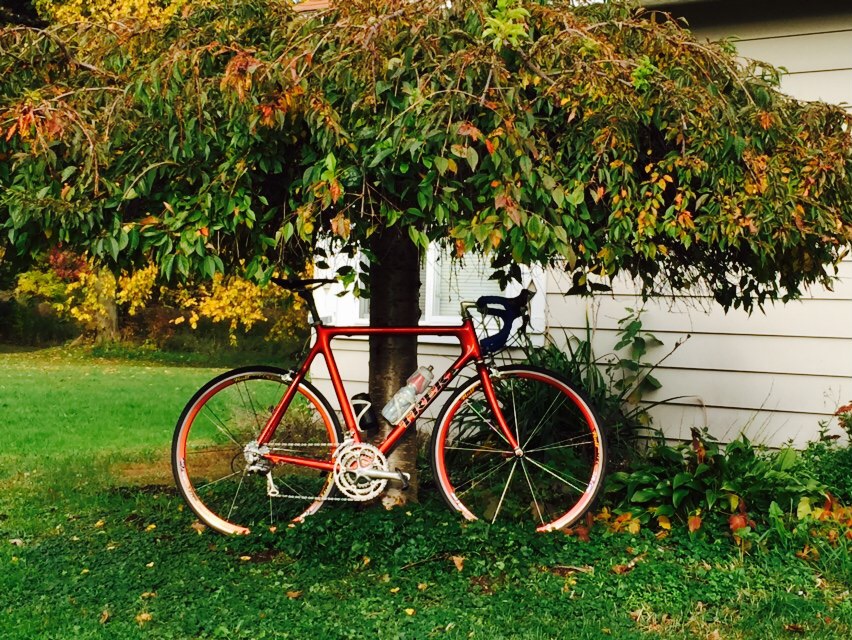 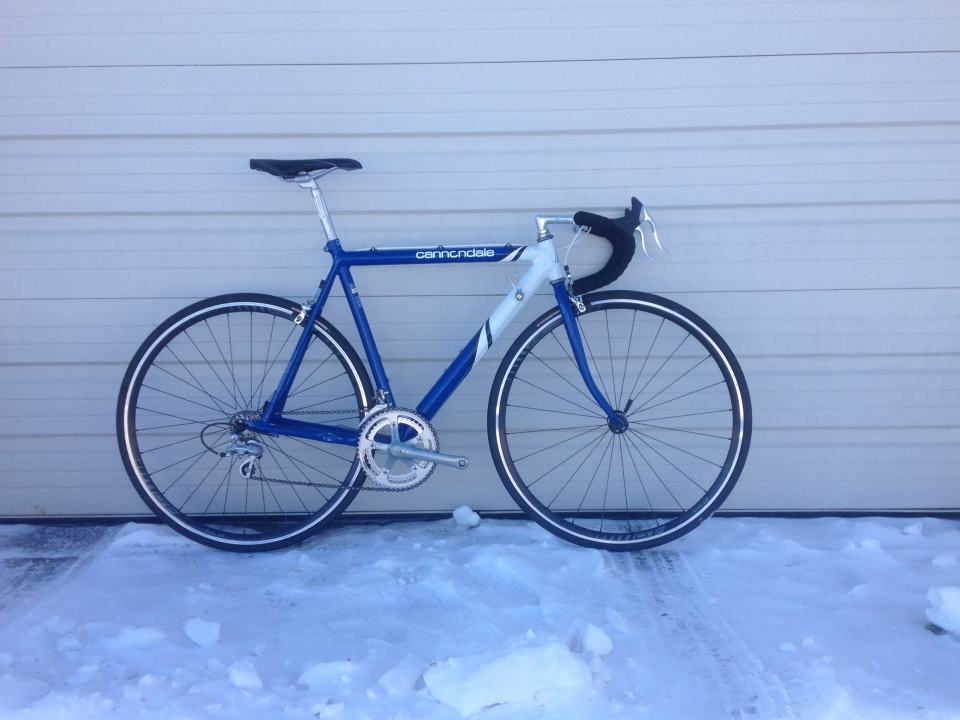