Talk About a First-World Problem… To Trek or to Venge.

The Trek is a great workout bike – a fantastic rain bike.  She’s still got some speed in her, she’s got a triple for climbing ridiculous grades (even though there are none where I live).  She’s got new shoes and a brand new half of a drive train I just put on her yesterday (the cheap half).  She’s comfortable and sturdy enough for a hard workout.

However, and I accept that I am being a bit of a bike snob here, she’s a bit chunky.  She’s set up more for comfort than speed and her 13 year-old wheels and portly frame make “fast” a bit more of a challenge.  Our shop owner would laugh at me, suggesting that I don’t know what a heavy bike is – and he is technically correct as I believe he was alive when bikes still had solid rubber tires.  I’m okay with this.

On the other hand I’ve got the Venge.  She’s sleek, lean and all about fast.  I can easily manage a mile an hour better on my average on that bike…  Easy.

So, with temps around 53 today (F, of course) and yet another beautiful day (eight of nine now and nary a drop of rain, I’m beginning to think the weather forgot that we’re in Michigan – we usually can’t make it three days without rain this time of year), I’m forced into a decision: Take the Trek or the Venge out today?

There’s no more moisture to worry about, the snow’s almost all puddles in yards and fields now.  The roads survived the winter fairly well so there are only a couple of potholes to worry about (and nothing bad enough to end the life of a rim).  The only problem is residual salt.  We haven’t had a good, cleansing rain in the two weeks since our last snow storm and salting of the roads.  There’s nothing there one can see, of course, that’s all gone but we just haven’t had that one big rain shower I like to see before pulling the Venge out.  The other guys all have their high-prices bikes out too.  Come to think of it, I’m the only one who hasn’t carted…  And there is my answer. 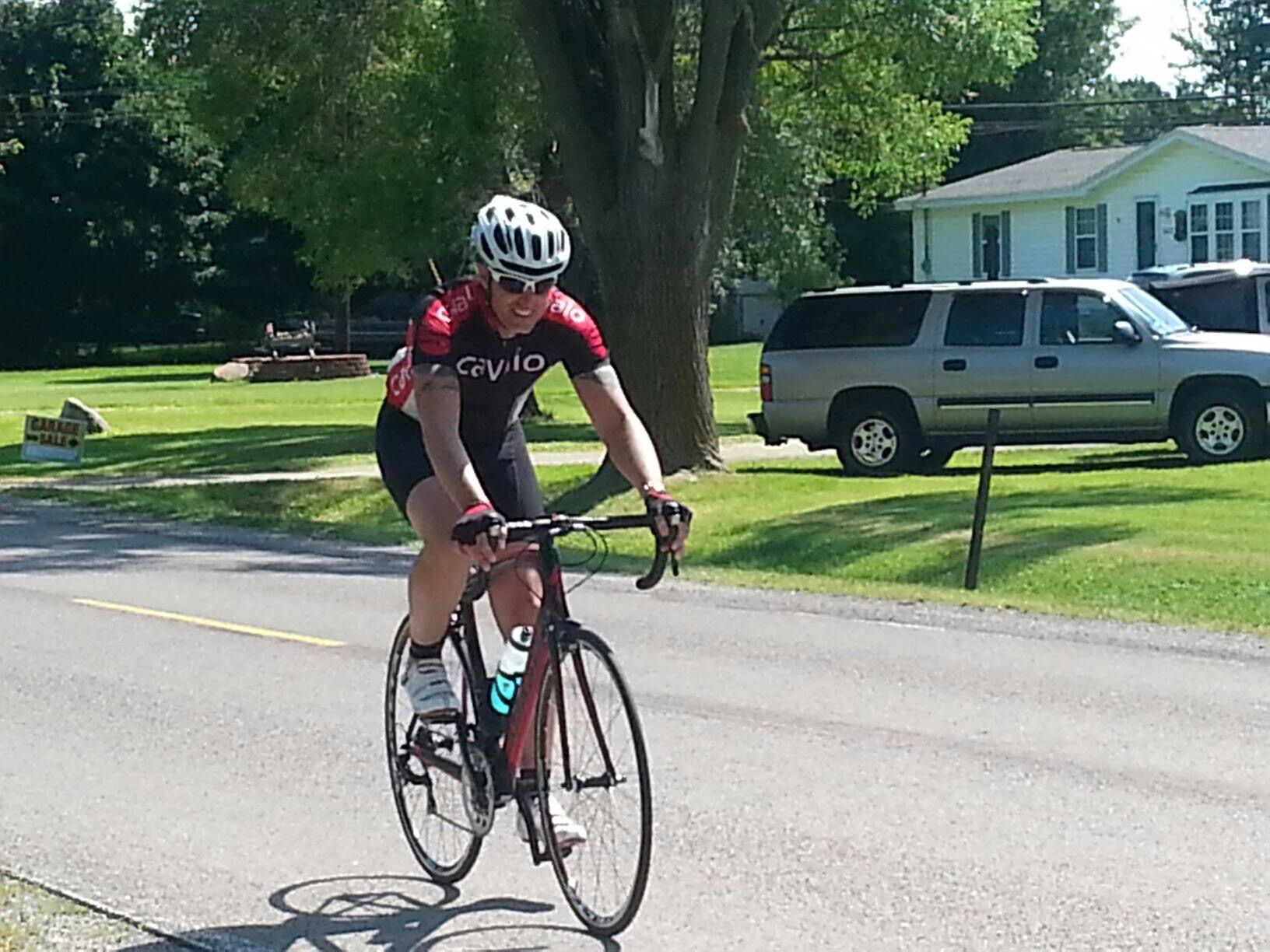 This photo is from a brighter, warmer time…

Think of that Progressive Insurance commercial with that “It was the best day” jingle – only substitute my Venge for Flo.

I love my problems today!  Well, most of them…  I do have others that really do suck but they’ll work out in the wash.

UPDATE:  Venge Day was cold but spectacular, with one exception.  A mile in and I’m up front, feeling spectacular.  The Venge feels every bit as awesome as I remembered it and we’re rolling steady down a country road, no traffic…when we roll up of a farm field where the farmer had just sprayed maneuer to fertilize.  Unfortunately he failed to turn the sprayer off before pulling out a onto the road.  Yes, I had to roll through cow shit a mile into Venge Day.  Ah well, such is cycling.  47.65 miles in 2:32:30.  Great mileage for this early in the season – and it was reinforced just how special that bike is.