Cycling as a Social Activity: Stories, Strength and Sidesplitting Laughter

Running can be a social activity, if you’re willing to run at someone else’s pace but in my experience, running too slow hurts more than running too fast.  Swimming, forget about it.  Cycling on the other hand, is the quintessential social fitness activity.  You could argue a spin class or the tread mill, but I never got any joy resembling a mouse on a wheel in a cage… not when you consider the scenery available on even a lackluster ride, in comparison.

For a couple of years, before I knew any better, I was a solo cyclist. I would head out the door when I had the time and keep my own pace and I was happy.

In my second season of cycling I was invited to ride with the fast folks on Tuesday night and that became a regular ride for me. While I did meet a few guys out there, the ride was so fast it was tough to be social… it was mostly just trying to hold on to the group.

Then a pattern emerged between several of us last year. Four to six of us would end up dropping within a mile or two of each other so rather than ride the rest of the route alone, we decided to meet up at the 20 mile mark so we could ride the last ten back as our own pack. We came together, a few of us, and grew as friends… Matt, Mike, Phill, Brad, Chuck and me. We all ride about the same pace. 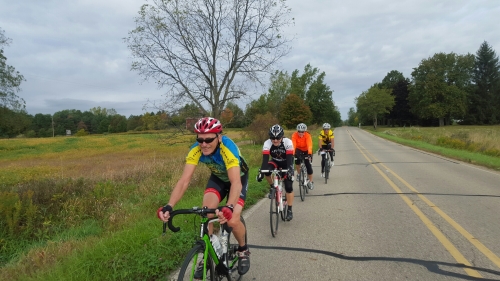 All of a sudden we started riding together at organized rides. Centuries, metric centuries, and every weekend that we’re not riding organized rides we’re out for long training rides together. Then came road trips and weekend long camping for supported rides. 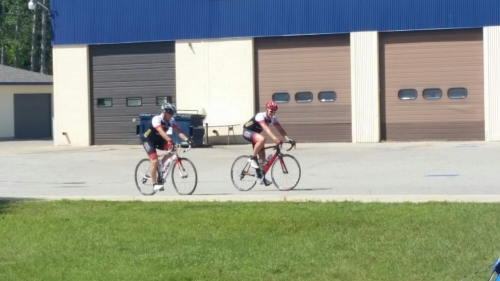 This past season my wife joined our little rabble for one of the weekend rides, some Tuesday evening rides, and with me most weekdays: 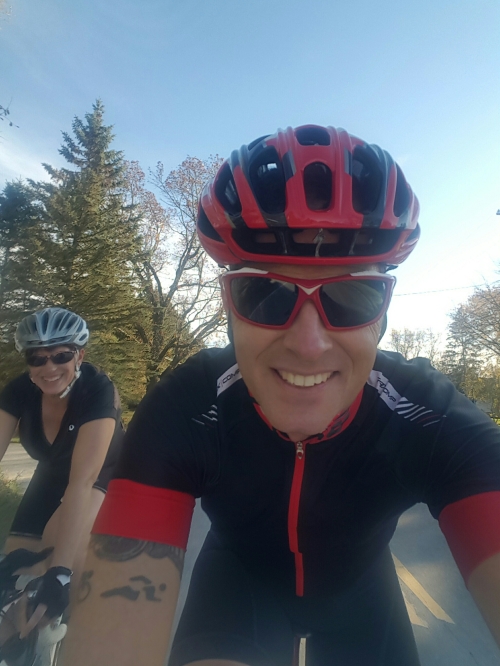 At first, I had to ride a little slower than normal but as my wife got stronger and more confident, our pace picked up to a point where my wife can hurt me if I’m not careful.

Cycling hasn’t been the same since. It’s been better, more enjoyable, to share the ride with friends (especially my wife).  I have come to find that I enjoy cycling much more with friends. The good times, laughs and meals eaten together make the work worth it. And enjoyable. 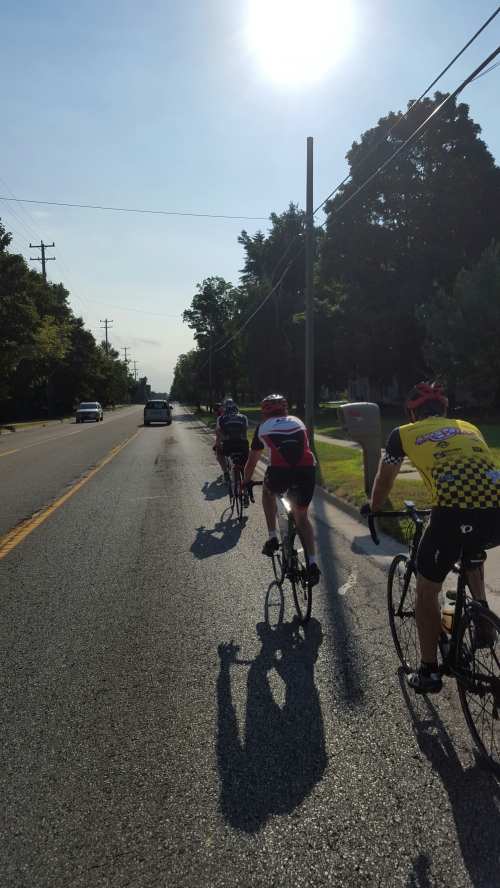 I used to be under the mistaken impression that I was destined to be a solo cyclist, that getting faster was too important to ride with anyone else and if I rode with someone slower, that would mess with getting faster. It made sense at the time but once I found out how much fun riding with friends was, I gave up on worrying about everything else (my fear wasn’t necessarily true either – as long as I have a couple of really hard days a week, I get faster).  I worried at first, of course, that I wouldn’t be fast enough for the group or that I wouldn’t find a decent gaggle to ride with or that I would end up in situations where I was tempted to drink with my new friends.  In the end, once I let go of my fears, I ended up with a group of guys who don’t drink (I don’t even have sobriety seniority in our group at 23 years) and who gel well together.  Many of my friends are much older than I am but that doesn’t matter at all in the scheme of things.

All I had to do was stick around long enough to find out who I liked… and who could tolerate me.  With that out of the way, I’ll ride in almost any kind of crappy weather just to hang out with my friends.

It also doesn’t hurt that my wife and I have side-by-side trainers for when the roads ice up though.  😉

Like Loading...
By bgddyjim in Cycling, Fitness, Humor, Mountain Biking on December 21, 2015.
← A Star Wars Weekend…. What Are the Best Bike Ride Distances? →