My 5200 is almost ready to reassemble.  The new paint job, as simple as it is, has been no simple task.  I took my beat up, ugly, peeling, Trek to the shop about a month ago.  The “beat up” part wasn’t even my fault.  I took the bike on a fun ride in downtown Flint last year and at one of the fun stops, someone beat my bike against a steel bike rack and scraped a bunch of paint off of the top tube.  I was not happy.  That’s about the time I decided it was time to strip it down and paint it. 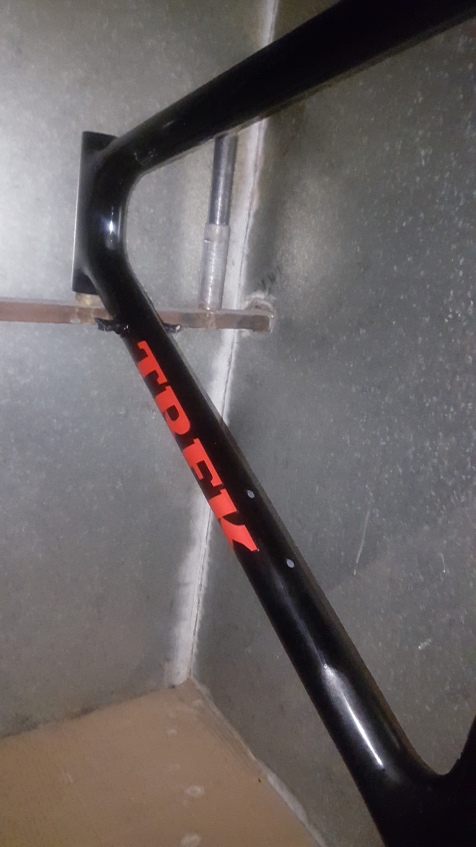 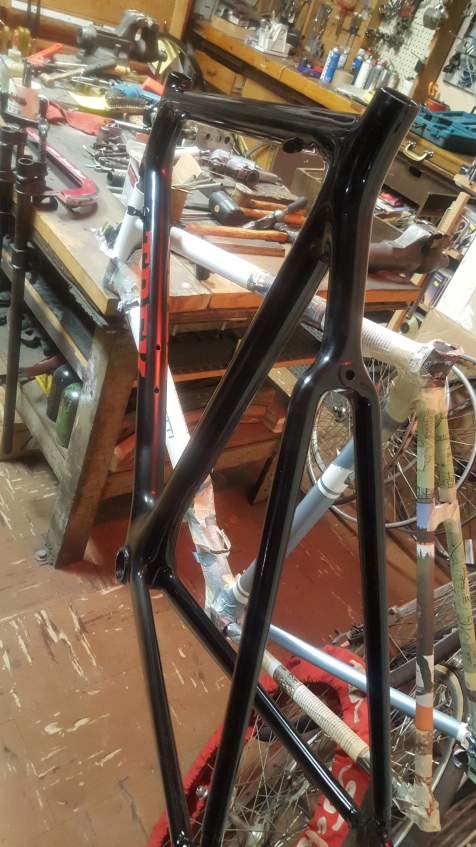 The base paint is complete, the decals were hit with a first clear coat to ease the edges.  All that was left was to sand the whole thing down to rid the finish of any imperfections… 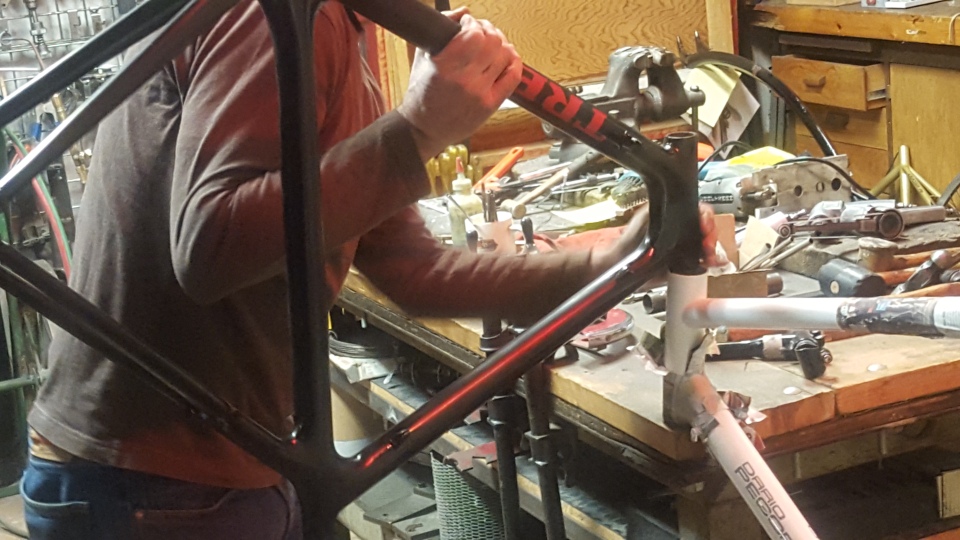 It’s currently in the paint booth getting its final clear coat.  From there, the bottom bracket and headset have to be installed.  After that, I just have to reassemble it and it’ll be back on the road.

As you can see, the red matches my Venge and Rockhopper almost perfectly, which was the goal.

By next week I should be able to start putting it back together.  It’s going to be beautiful!

For anyone into the fitness lifestyle, we see reasons to be negative every day.  This goes beyond reports on obesity, beyond those from one country pointing fingers at another for being “fatter” or more out of shape.  It’s worse, of course, than just the sick from obesity.  The pasty skinned addict, the bulbous, veiny red nose of the alcoholic…

We see it every day, as we walk down the street.  For some this can be depressing.  For others, it might even be a reason to throw in the towel, or worse, not even bother trying to get healthy again…

Since beginning the process of recovery, I’ve developed one main goal in life: I want to leave this world exhausted.

I want to be tired when I go to meet Jesus. I want to have made everything I could of the gift I was given all those years ago. See, my recovery is viewed as a gift because I didn’t do anything to deserve God’s grace, but it was certainly given. I don’t even know if I asked properly… I just said, “God, I know I’m supposed to be more than what I’ve turned out to be, so I’ll make you a deal. I’ll give staying sober everything I’ve got, if you just help me, please. Please God, help me”. I just kept repeating that last sentence until I fell asleep.

The next morning my DT’s weren’t quite so bad, and my desire to drink was gone. It was replaced with purpose. I took full advantage of it.

I can remember working a Fifth Step with a sponsor, geez, twenty-one years ago now. Not only did we wrestle through my past and find patterns that led to stupid decisions on my part, just before we were done, I kid you not, the clouds parted and the sun shone – and not in a figurative sense. Literally.

I hope to leave exhausted because I enjoyed the balance. Being a grand husband to my wife, a good father for my daughters, a hard worker for all of us, a kid at heart who knew how to play, and a sober man who indeed enjoyed the gift he was given.

Of course, living through and emerging from a hell on earth of my own making, even after a bad day, a good, positive attitude is never too far out of reach.

All I have to do is reach for it.