With spring coming up, I have a simple two minute (maybe less, I had to take photos too) maintenance tip that can save you from a HUGE hassle…

When we ride, what must we do, besides inflating the tires, every single ride?

We drink.  Whether it be water, some hydration mix or even Gatorade, we consume a lot of fluids.

We sweat a lot.

Okay, where does that sweat go?  Throw in some water and Gatorade and you get a pretty gnarly mix that trickles down over much of the bike.  One of the least looked after items on a bike are the bottle cage bolts and they take a tremendous amount of abuse, when you think about it.  If you recall, when I took my Trek in to get painted, after I stripped the entire bike down, there was still a bottle cage attached to the frame. 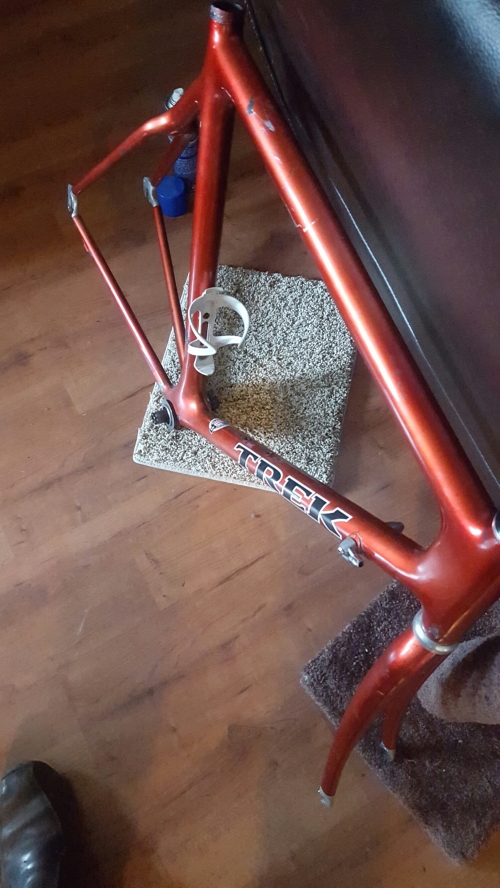 Those bolts are so fused to the bolt bosses that I didn’t want to risk breaking the bolt off or stripping the bolt head…  I had to let the pros handle it.  Well, that only has to happen once to me, because that kind of stuff can get expensive in a hurry.

This is what you’ll need…  Oh, and a paper towel too:

Clean off the bosses:

To lube the bolt threads, just stick the bolt in the nozzle and give the tube a little squeeze.  “Little” is the operative word there:

Install the bolts and look at that!:

If you’re lucky, as I was, your once plastic bottle cage will turn into a color-matched Blackburn carbon fiber beauty!  Gotta love it when the bike thanks you for taking care of it like that.

Next, tackle the second cage.  For this one I just did one bolt at a time (it’s a newer cage and the bike hasn’t seen one rain drop since that cage went on – I know it’s clean underneath):

Next, we put a dab of lube on our fingertip:

And lube the bolt head.  I do this because those rivulets of sweat, Gatorade and Perpetuem can turn into a pretty gnarly funk.  In fact, you’ll find, as I did, that those bolts are magic Funky Fluid Magnets:

Then take that paper towel and dab off the excess lube.  We do this because we don’t want those Funky Fluid Magnets to attract dirt and dust as well:

And there you have it…  Bob’s your uncle: 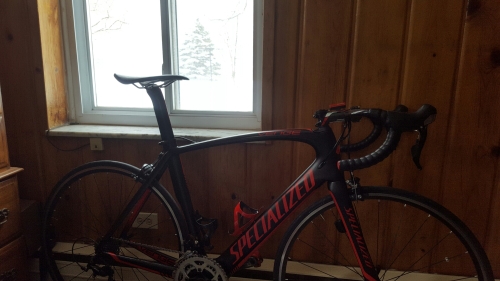 PS. That’s our Snopocalypse right outside the window there. We’re supposed to get got a foot today.  WOOHOO!