The Cure for Saddle Sores?!!!

Last weekend in Kentucky I developed a saddle sore in probably about the worst place a man can develop a saddle sore…  Let’s just keep it simple and PG with, there was absolutely no way I could avoid sitting on it.  Still, I muscled through the two days and 158 miles.

I rode 30 miles when we got back on Monday, and on the tandem where you can’t sit up to adjust…  It got worse.

I rode 38 miles on Tuesday with the club.  We averaged 21-1/2 mph.  I was in severe pain.  It was getting worse.  I asked a friend of mine who rides on Tuesday and who also happens to be a doctor, what I could do for the worst imaginable saddle sore.  It was bad enough that if it got any worse, I was going to have to take time off the bike and likely in the hospital for the infection.

He recommended and anti-fungal and a hydrocortisone cream, but to mix them.

I don’t like mixing drugs or even creams for that matter so I applied the antifungal (Lotrimin ULTRA) in the morning (once a day per instructions) and then the hydrocortisone cream (Cortisone 10) later in the day, and twice more as the day progressed (again, per instructions).  By the time of the first application there were all kinds of problems happening down there.  Blood, looked like some puss, loose, broken skin…  I was actually scared.

I rode on Wednesday on the Tandem.  Thursday 20 miles on my Venge, Friday 30-some miles on the tandem, Saturday 73 miles and some change, and 40 miles on Sunday…

The saddle sore is healed.  Entirely.  100%  pain free.  And because I applied it liberally to the entire saddle area, every little bump that comes with regular riding is healed and gone. 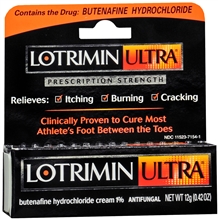 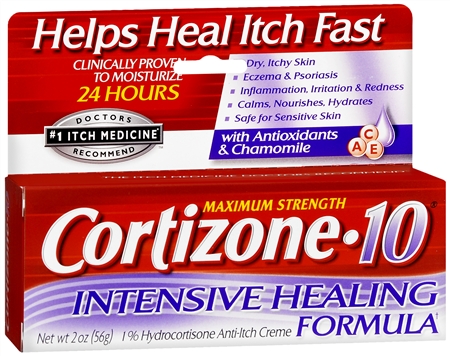 Both items are available in the US over the counter.  I am not a doctor and don’t know anything about those two creams or whether they can even be mixed in the first place, I just did what a doctor friend of mine suggested and it worked like a charm.  I recommend everyone who reads this check with their own doctor to make sure it’s safe before you try it.  With your doctor’s approval, go to it.  I’ve never had a saddle sore heal up so well and so fast without missing a day or two to stay off it.  Though I’ve written glowingly about Aquaphor but the Lotrimin/Hydrocortisone creams are next-level awesome.

This post won’t be some simple “How To” about riding a tandem bike.  There are hundreds of posts out there that cover the simple basics on how to start.

Well, maybe one point…  That crap about starting out with the stoker clipped in?  Yes, it’s vastly more efficient and awesome to start out that way.  It is.  If, however, you’re new to this, the stoker is likely to feel incredibly uncomfortable starting in the normal fashion.  Don’t sweat it.  Both of you can push off and clip in.  It’s no big deal.

With that one out of the way, let’s get into some of the more intricate ins and outs.

1.  Starting is tricky.  Figure out something you can repeat.  Same way every time.

2.  Captains, pick a good gear to start in.  You’re not riding a 16 pound solo bike.  A tandem takes a minute to get rolling.

3.  After your first, maybe second, ride and you’re pissed at each other because your stoker kept trying to coast at the worst possible time or your captain forgot to warn you about the tenth bump he/she couldn’t avoid, remember one thing:  It’s a frickin’ bike ride, dude.  With two people who have presumably been riding bikes their own way for quite a while.  Dude, this takes a minute to get used to everything that’s going on.  Stick with it.  My favorite little saying applies…  Don’t quit five minutes before the miracle happens.

4.  Communication isn’t just key, it’s almost as important as pedaling.  My wife and I took a few weeks before we really started working together well without communicating about everything.  “I need some gas”, “That’s enough gas”, “Coast”, “Shift” (my wife knew based on cadence which way I was going to shift), “I need to adjust” (the stoker can’t just shift in the saddle without preparing the captain, one small shift throws the whole bike off), and so on.

5.  Other than adjusting in the saddle without communicating and/or trying to peek around the captain to either side (you’ll pull the entire bike into the ditch), the stoker makes no mistakes.  Captains the world over will hate and look for ways to discredit this golden rule.  In the end, the sooner the captain accepts this rule, the quicker the couple can find, and ride in, harmony.

6.  The captain’s job is to make the stoker’s ride as comfortable as possible.

7.  Riding a tandem fast comes down to working together, efficiently.  Efficiency is a must, and my wife and I are still working on it. I thought that I would be strong enough to will our tandem down the road. I was mistaken. On the other hand, when my wife and I work together, let’s just say riding the tandem is exceptionally fun. As enjoyable as the single bikes but for different reasons.

8. There is a very steep learning curve to riding a tandem, even for experienced solo cyclists. The more experience the two cyclists have on solo bikes, the shorter that climb is.

Riding our tandem started out pretty shaky for my wife and I. Our test ride was great because we had no expectations. The second ride though, that’s where we learned how tricky working together really is… We had a long talk after that ride and I did wonder if we were actually cut out for it. After that discussion and mutual commitments to communicate better, the magic happened, and it was good.

That tandem has been an excellent addition to our stable.