Naked Cycling?!  Damn, the Roads are Dangerous Enough as it is, Dopey!

I read a post yesterday about the World Naked Bike Ride.  In Montreal.  Ah, those Canucks [Oh, my…  I did a little research (chuckle), I guess it really is kind of a World Wide thing… as long as you don’t include certain parts of the world.  You know, because in certain parts of the world they’d kill you deader than a doornail, especially women, for riding a bike naked) – basically, it occurs only in developed societies that will put up with such nonsense].

Anyway, it’s about what you’d think.  Paraphrasing: We need to ride our bikes around naked because, err… umm… environmentalism, silly!

Then there was some pap about desexualizing the human body (technically, if we all got fat, wouldn’t that achieve the same thing, only faster and more effectively?).  Anywho, here’s my comment on the post, because it made me laugh even harder as I wrote it:

I clicked on the post, because nude. And cycling. ‘Bout as good as it gets, eh? I also got about what I expected too. More lame excuses to run around naked, just because. The notion that riding a bike in the buff is about environmentalism is laughable. Oh, and that bit about “desexualizing the body”? Good luck with that, and pass the popcorn while you’re at it.

But whatever, you want to bare the breasts? More power to you, I’ll look at ’em. You know what they say about boobs, “Once you’ve seen one pair… you want to see the rest of ’em.”

Hat tip to Ron White, of course, for pointing out the blatantly obvious.  Either way, if it ever gets to a point where I am the last sane human on this planet, I will admire boobs.  I will support boobs.  I will support women with boobs (and without for that matter) and their willingness to leave the shirt at home should they choose.  And if you think my eyes wander to the cleavage now (as is the case with both men and women – scientifically speaking), you ain’t seen nothin’ yet.  The day will never come when I treat my wife as an asexual being.  She’s my smokin’ hot babymama (in the Elvis sense of the word) for life – though I may slow down when I hit my 90’s.  I know there will be people out there who won’t take my view of things and humorously enough, will try to make me out as a child for my view.  They are the anti-science, anti-reality children though.  The adults are quite happy running around the house nude, as long as the kids are away at grandma’s house.

Of course, beyond that, lets talk about naked cycling and… chafing.  Good Lord!  Somebody wasn’t thinking!

To wrap this ridiculous post up, they actually have one of these silly things in Portland, Oregon.  There’s a website for it and it looked like there were about twelve to fifteen riders – I didn’t want to look too close.  Sheesh.  Anyway, there’s also a Wikipedia page set up for the whole thing, with photos even…  Let’s just say at least one of them didn’t get the memo on the whole “desexualization” thing.

Someone searched this, to get to a post of mine:  “How much slower is a toad bike than a stationary bike”.  This earth-shatteringly important question is worth my serious commentary. 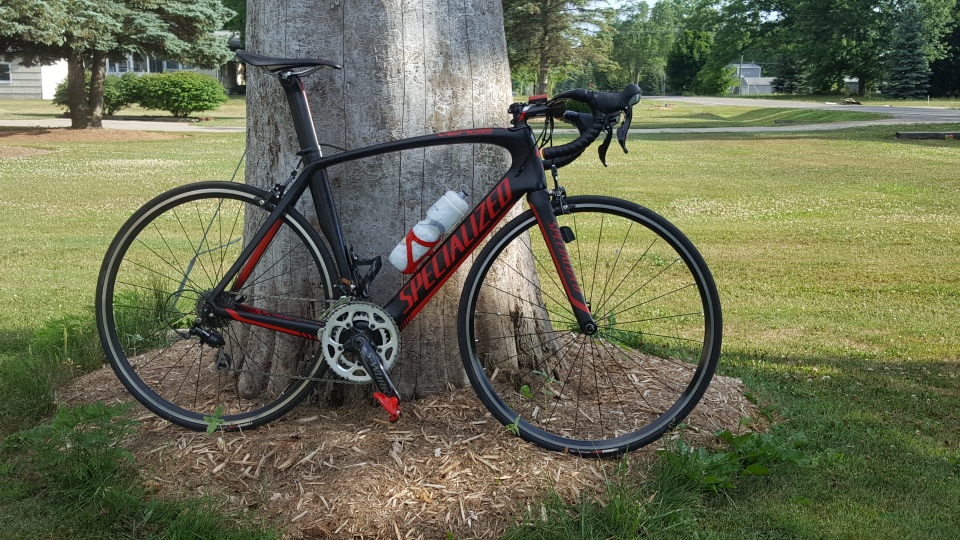 This is a Road Bike, not a Toad Bike…

First, let me say that, while toad bikes are definitely slow, actually teaching a toad to ride a toad bike is much slower.

My work with toads, while rarely noted on this blog, is extensive… we have a pond in the back yard.  Now, as I’ve said, toad bikes are slow but even slower is trying to jump through all of the regulatory hurdles needed to actually build toad bikes.  Folks, it’s nightmarish.

A simple Google search of the Definition of “Stationary” turns up the following:

Now let’s be very clear here.  We can’t make a bicycle for stationary as stationary doesn’t have legs.  Just wanted to get that out of the way.  Oh, and technically that would be stationery, not stationary.  Crazy, I know.

So, that sorted (or would that be sordid? I digress), the actual definition of Stationary is:

adjective. not moving or not intended to be moved

So by definition, even taking into account how slow toad bikes are, because a stationary bike doesn’t move at all, a toad bike would still be faster.

For the sake of brevity, I won’t even get into why we should concentrate on toad biking in a safe environment for the toads – they’re just too small to be safe on the roads.

Next up I’ll examine, in far too great a depth, what’s faster; a stationary bike or a fountain bike.  Gotta love that part of the Stats page that shows some of the search terms used to get to your page.