DALMAC Day 1…  Theme of the Day:  To Thine Own Gear Be True 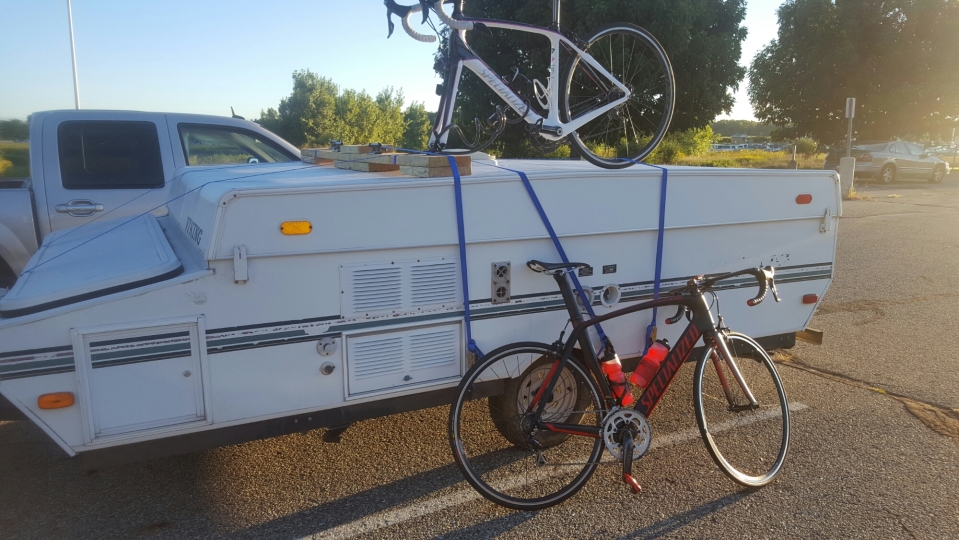 We rolled out promptly at 8 am.  There were two differences over last year.  We were expecting a headwind all day, and there was no rain in the forecast.  I’ll take headwind over rain, especially when it rarely topped 15 mph.

I was feeling much better after my 24-hour stomach bug but I still had enough of an upset stomach that I was worried if I’d be able to finish the day. 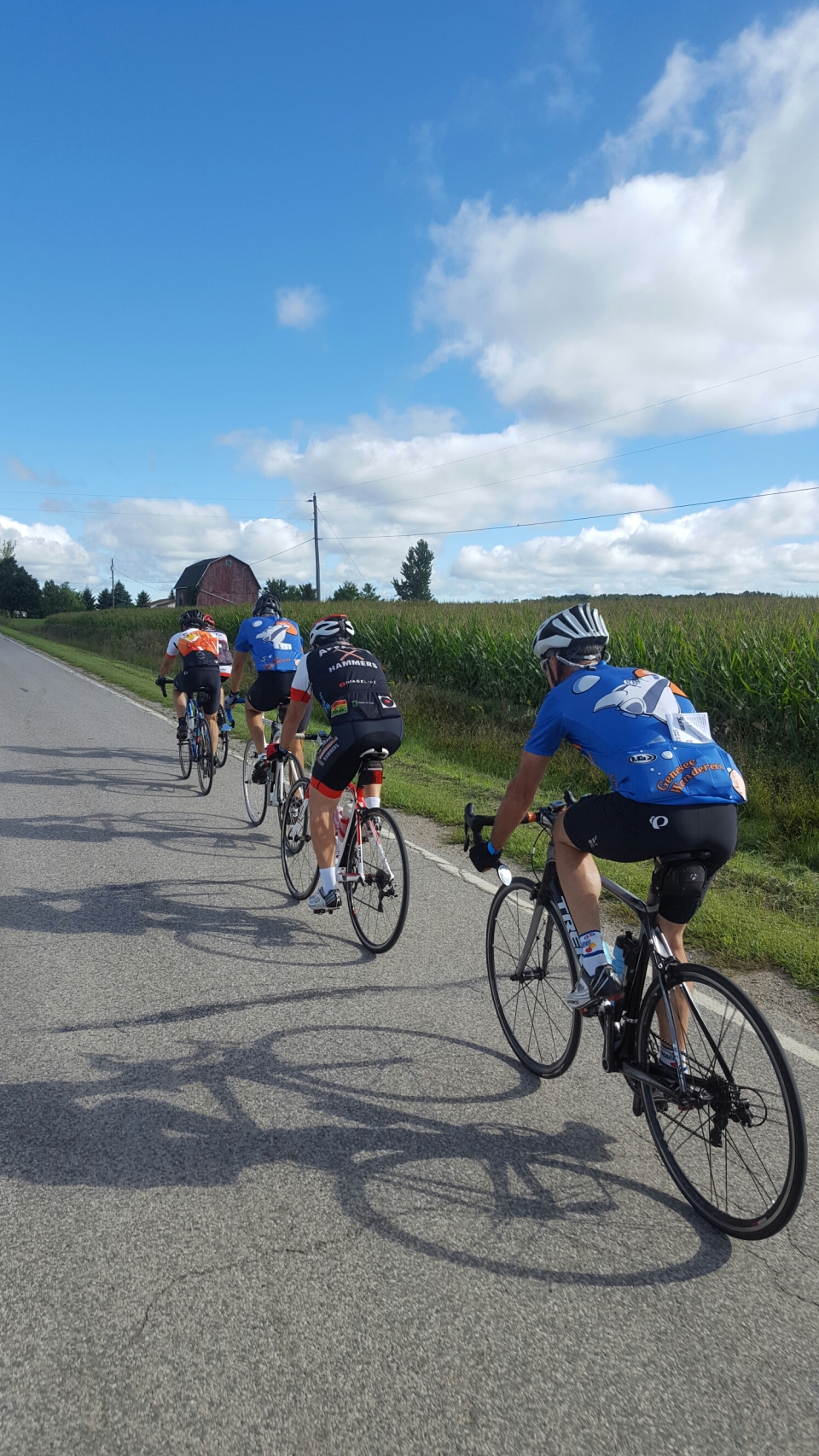 I did make it but I had to dig pretty deep to do it.  I hurt.  We bucked that headwind all day long and our speed showed for it.  17.9 mph average (and my God, was I thankful for the slower pace!).  106.85 miles in just under six hours… my slowest century ever, even solo.

So, the theme of the day…  We’re 70 miles in and the wind is starting to kick up.  We’re heading up a hill and we pass a large woman struggling up the hill in what had to be her hardest gear, 52/12 (guessing).  Her cadence was maybe 30 rpm, painfully slow.  We cruised by spinning easily, I was in 52/25.  So I said to her as we went by, “You’re doing great, but they put gears on these bikes for a reason…  Use them.”

I admired her courage, obviously she was new to cycling and this is a tough ride for a noob – there’s a lot of up over the four one hundred mile days, but I chose this theme for a reason:  My friends, cycling a hundred miles is hard enough.  Doing it four days in a row is very difficult.  We don’t want to make it any tougher than it has to be!

My theme for the day, and the reason I made it the full distance, was simple:  Be in the right gear.

Every time I started to grind, even a little bit, I’d downshift to spin a little easier and faster.

So, today is a new day!  I feel like a hundred dollars compared to yesterday, and I’m hungry.  I’m looking forward to some breakfast and kicking ass today.  I slept forever and still woke up at 3:30.  The whole camp was dead-quiet by 8 pm… Funny what a headwind will do to a party atmosphere.

More headwinds today, but I’m ready for it.  Time to make up for sucking wheel so much yesterday.