The Pain and Suffering that is Fat; A Story of a Soon to be Smaller Family

The names are changed to protect my ass.  Or the innocent.  Either works.

Paula and Jerry are relatives of mine.  Not close, but close enough, and they are fat.  Not “overweight” fat, they’re morbidly obese fat.  There isn’t much pretty about them.  They’re retired, lazy, and their health is shot.  She looks like death warmed over and has what looks like permanent bruises running the length of her legs and all the way around them…  Her skin is gray, otherwise, and she has two permanent black eyes… I imagine she won’t have the legs for much longer.  He’s a lot healthier, looking at him, but he’s still winded walking from his truck to the front door.  The door is twenty feet away.  Twenty feet. 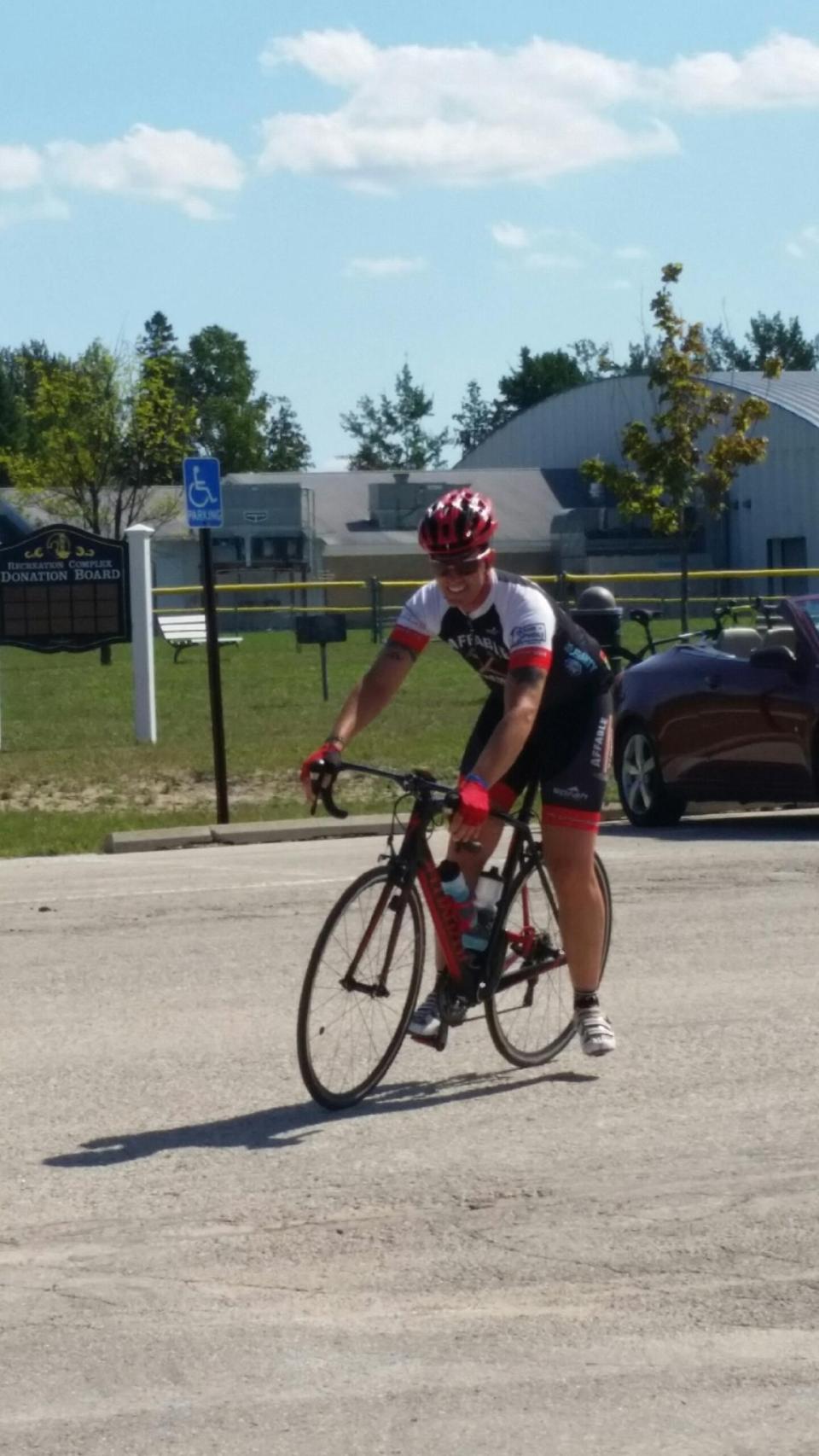 The machine in this photo RUNS on fat, not ironically.  Being fat however, one will eventually need the sign behind me….

Listening to them, you’d think they were dealt a crappy hand in life, rather than they did that to themselves.  Oh, they’d start walking if it just wasn’t so tiring or hurt so much.  It’s like watching the death spiral unfold before my eyes.  Sad doesn’t do it justice.  Nor does stupid.  It’s a combination of the two, though there may be some room for ignorant too.

Have you ever noticed how often, with people like this, that it’s always some distant thing that’s putting off the exercise and eating right?

“Oh, if my doctor could just get my medication right, I wouldn’t be retaining so much water”.

You drank a hot tub?

Or, “When my kids get out of college, I’ll be able to devote some time to walking daily.  Please pass the donuts”.  The kids are twelve and fifteen.

I’ll tell you what, you do five laps around the house and I’ll pass you the spinach.

The cause of my consternation is within me though, too.  I lack tact in the face of bullshit.  See, I truly believe the excuses demand an equally repugnant answer and I’ve let my mouth cause damage, the examples above illustrate this.  I’ve actually said, to complete strangers lobbing excuses about their weight, “You don’t actually expect me to believe that, do you?”

It’s easy for you…

It is easy for me.  Not because I have good genes, I don’t.  I have shit genes that predispose me to a gut, alcoholism and dementia (though they do say the latter skips a generation).  The reason it’s easy for me is that I’ve learned to love the work of exercise.  I love cycling.  I just started cycling five years ago though.  Before that it was running, and I most definitely didn’t love running.  I liked it okay, but there’s a lot of space between that and love.  I did love the work though.  I loved getting sweaty on the hot days and ice on my eyelashes on the cold days.  Before that it was rollerblading, and I definitely loved that…  I was almost as fast on a pair of rollerblades as I am on a bike.

I am not fit by accident.  I am not thin due to luck or genetics.  I am not healthy because the doctor got my meds right – I don’t take any.  While I have witnessed medications being crossed up, and in turn wreaking havoc over friends’ health, the point is to do everything possible to avoid the need for them in the first place.

The pain of it all…

It won’t always hurt.  The exercise.  It will for a while, of course.  I didn’t throw on a pair of rollerblades and zoom around the eight mile loop in 24 minutes on my first day.  I didn’t run a 10k my first time out running.  I didn’t hop onto a bike and top 20 mph over 20 miles my first time out.

I stuck with it though.  That pain not only went away, cycling became my way to fight pain in the first place.  My excuse, back when I was chubby, was back pain.  Two years into running and my back pain wasn’t gone, but it was a lot more manageable.  Two years into cycling, at 43 years-old, and it was gone.

I learned years ago, after just one week’s vacation, that a sedentary life is vastly more painful than an active life.  Sitting still takes a toll on a person.  Follow that up with a diet of donuts and hamburgers and you may as well put a fork in you, because you’re done.

“Fat”, for calling it what it is, is unnecessary.  For most, it’s a choice.  An option.  The diseases that come with it are almost entirely preventable.  I faced a choice, after 32 years of being thin, lean and trim, when I realized I was well on my way to getting fat (I gained 45 pounds over the course of a couple of years):  Either I was going to be lazy and get fat or I was going to do something about it.  I chose the latter and thus far, the rest is history.

It’s only a matter of time…

My aunt died of morbid obesity – that was actually on the death certificate as a cause of death.  I was not about to follow in her footsteps.  I can either get busy being healthy or get busy dying.  Those relatives I spoke of earlier are going to die a very nasty death, and soon.  They will lose limbs to diabetes, and they will be in pain until their suffering is ended and their bodies finally give out.

For a donut, a bag of chips, and some soda and because the couch is easier than a crankset.

That is my definition of misery, and I want no part of it.  Of course, I should also state that my initial decision was to go right ahead and get fat.  It lasted less than 24 hours, but that was my first choice.

UPDATE:  Please be sure to scroll down to the comments section and check out Brent’s comment.  Wow.