I was sitting on the couch, watching the Lions football game, trying to figure out how to put what I have rolling around the hamster wheel in my melon into a post….

I spent the weekend listening to a few explanations of why it is I’m so lucky to have found cycling and that I enjoy it so much (never mind my running phase before that where it was more about necessity than enjoyment, but let’s not spoil the narrative).

If I think about, I believe I’m at a point where my mile count doesn’t matter so much.  I believe I could go all next year without logging a mile that I’d ridden and still end up within a handful of miles of where I’m at this year.  The numbers aren’t the motivation anymore.  The ride is.

There once was a time that this wasn’t the case.  The increase in mileage and average speed, and therefore fitness, spurred me on to try even harder.  This love of data created a compound effect, the result of which completely changed who I was as a person.

My diet improved and I rid myself of stupid calories.  I cut portions down and learned how to manage my weight so I could be faster.  I also learned that the faster I got, the easier it was to manage my weight.  In other words, there was a confluence of awesomeness that came together that showed me how I work.

It all started with tracking data. 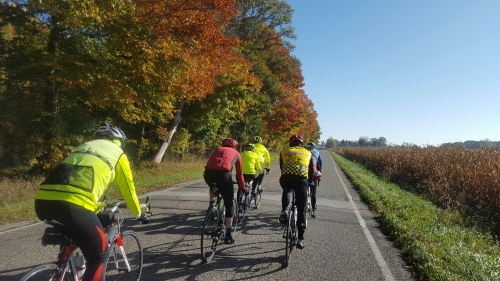 So there I was, out riding with my friends yesterday and it was almost perfect.  A light breeze, mid 50’s for a temperature, obviously sunny; in fact the only way it could have been better was if my wife was in there (she was dropping her sister off at the airport)…. 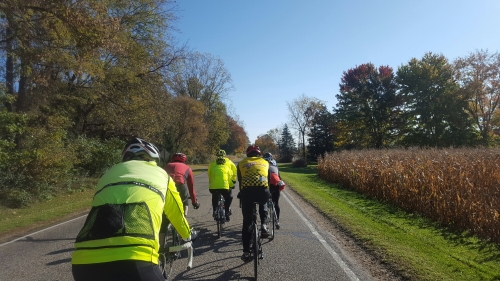 …and that’s exactly when I realized I don’t need anymore data.  I don’t need any motivation beyond wanting to get out and ride – with my wife and friends, my wife, or just by my lonesome.

I made it because I found a reason to keep going back out on my bike.  What was important was that data.  Everything grew from that.

In recovery we have a simple saying, “Keep coming back until you don’t have to”.  The punch line is that once you “don’t have to”, you’ll want to.

This is how it works in fitness and exercise.  I simply kept coming back until I didn’t have to.  Now that I want to, I can’t imagine a productive, happy life without a bike.