Be Careful on the Roads, My Friends.  With Spring, Silly Season Begins.

I was buzzed on the road the other day – and the motorist did it on purpose.  I know this because I followed him home and had a conversation with him.

Here are the facts:

I could have taken this two ways at this point.  I opted for that which had the most potential for good results for cyclists.  I chose to talk to the man.  Maybe “appeal” would be a better word.

I stopped in the road in front of his house (rather than be confrontational and pull onto his driveway which would technically be trespassing if he asked me to get off his property) and asked, “How about you give us some room out there?”

His response was that he had to pass me that close because there was a double yellow line and he couldn’t cross that and he couldn’t be expected to wait behind me at 10 mph [Ed. Seriously].

His response was priceless, “But the speed limit is 25 mph, what am I supposed to do, wait behind you?” [ED. He buzzed me over 4 mph].

I said, “Look, you could have crossed the double yellow to get around me safely and no cop in his right mind would pull you over for that.”

He continued his protest, “Look, man, you’re no cop so don’t quote the law to me.  I couldn’t cross the double yellow and had to get by you.”

I don’t have to point out the idiocy in his thinking.

I said, “Look man, I’ll tell you this.  What you did could have killed a less experienced cyclist and if a cop had seen what you did, that’s felony  assault with a vehicle and you can take that right to the jail cell.”

At that point he started walking back toward his house and said something unintelligible about “seeing me on the road”.  I responded by saying that he would be guaranteed to see me out there because I’d be there”.

This brings me to what I should do now.

First, I’m heading over to the local police station this morning to have a conversation with an officer about that wahoo.  He’ll get a visit at, at some point, from an officer who will explain the law to him and that you can’t pass a cyclist within inches because he’s going four miles an hour under the speed limit.

Next, this whole thing was my fault – and I actually made it worse for future cyclists with that guy.  I rode too close to the edge of the road – I gave the motorist just enough room to squeeze by me and he took the lane I gave him.  It never ceases to amaze me that the rare motorist (and I do mean rare, in 8,000 miles I may see one or two guys like that in a full year – every single one drives a pickup truck) will buzz a cyclist simply to be an asshole.  It’s not only that he’s risking the cyclist’s life, but he’s willing to risk prison time just to be a little penis (and I mean tiny).  I should have kept my part of the lane, so that the motorist had to cross the yellow to get by me because eventually he’s going to see an average cyclist out there and do the same thing, thinking everyone can maintain control like I did.  That motorist could leave this experience believing what he did wasn’t that big a deal and end up killing someone else.

So before that happens, and being the president of our cycling club, I’m going to use this Spring to make a public service announcement that seeks to simplify what the law is (at least in our State) and let’s motorists as well as cyclists, know what is acceptable and what isn’t.  This is the main reason I’m going over to the local police station this morning, because one way or another I’m going to get law enforcement involved in this effort as well – so I can produce something that will help ease tensions.  That’s what decent people do.  They don’t whine, cry and throw temper tantrums.  They find ways to make things better for everyone.

In the meantime, my friends, be careful out there.  This is the silly season where motorists realize, yet again, that not only are we cyclists not going anywhere, we’re multiplying – and that seriously pisses some of them off.

One final point for the hateful motorists out there who would swerve for a chipmunk but not a father of two on a bicycle:  Your hatred of cyclists is misplaced.  Don’t hate us because we ride.  Lobby your politicians for wide shoulders to get us off the road.  It’s their failure that puts us on the same asphalt.  Think about this long and hard; Do you really think we want to be on the same road surface as your ignorant ass?!

The Noob’s Guide to Cycling:  Why We Check and Clean the Rim Brake Pads 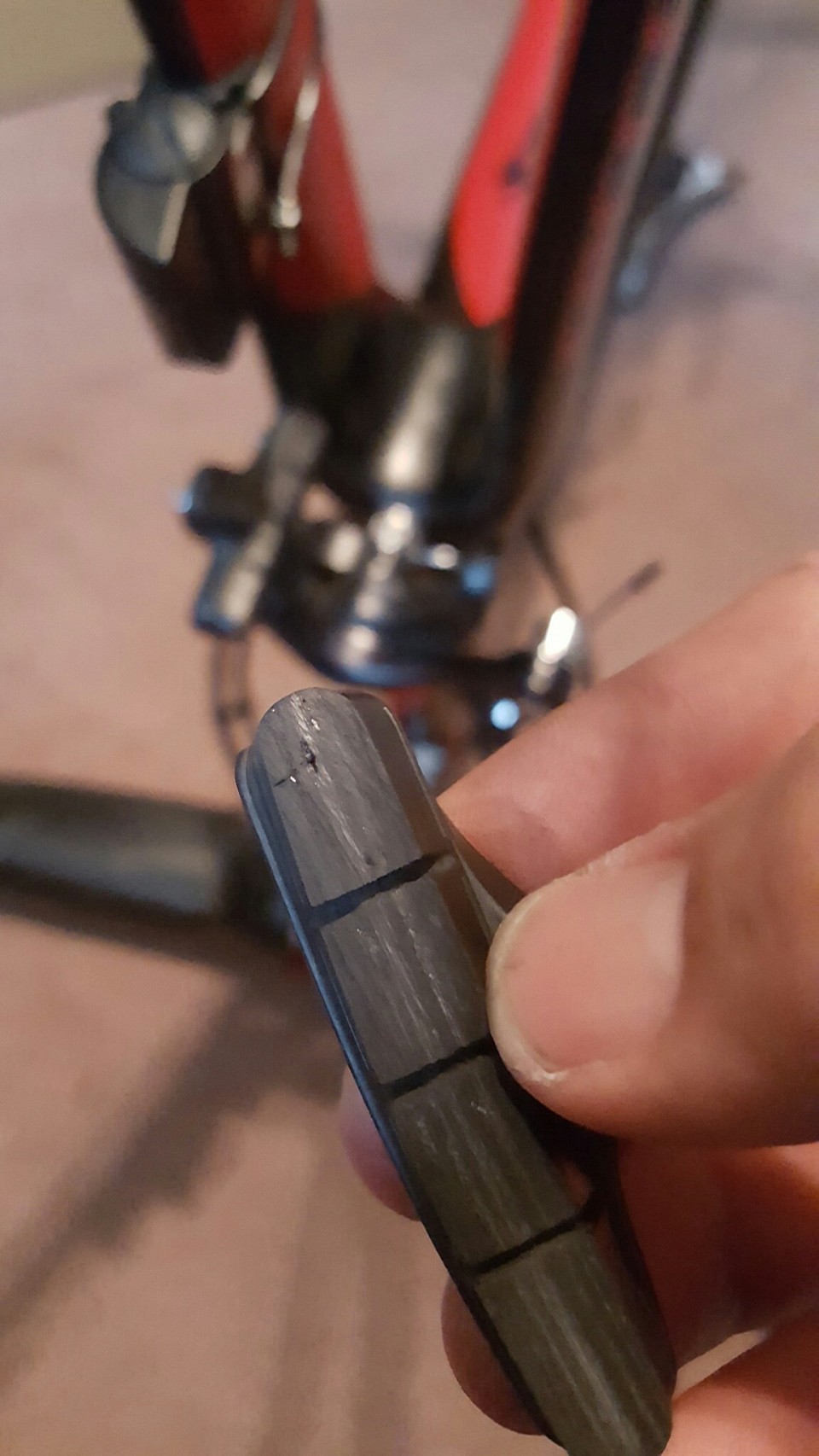 See that hole in the brake pad? 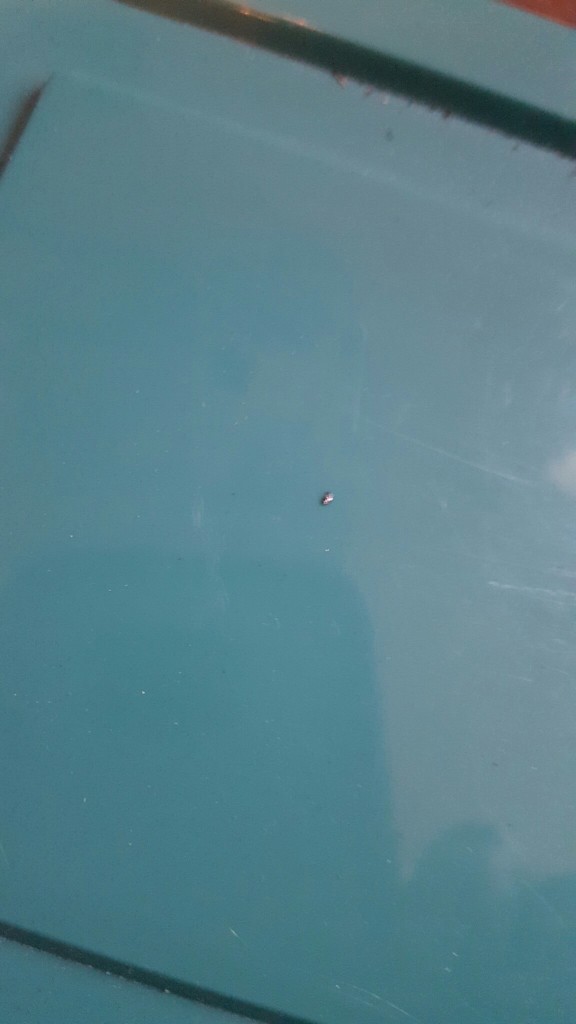 That little chunk of metal used to be stuck in it.  This is why we regularly check the brake pads.

Imagine the damage that could have been done to my rim had that been left in there.

Now, there’s a tell that’ll let you know you have a potential problem but it requires you pay attention and recognize tiny differences in feel and sound.

Put simply, the brake will feel and sound as if you’re braking under wet conditions, without the wet.

Checking the pads is about one of the easiest things you can do as far as bike maintenance goes.  Open the brake release, remove the wheel and shine a flashlight at the pads.  If you see a piece or metal, simply dig it out with the tip of a knife or a razor blade.  Then lightly sand the pad down with a piece of sandpaper.