¡No Mas!  ¡No Mas!  Listening to One’s Body Sounds Cool, but Every Now and Again I Need to Tell Mine What’s What.

Okay, I’m tired.  I know it, even if I’m not riding like it.  Most days I’d tell you, I simply need a recovery ride, chill out a little bit, sit up and spin my legs…  I might get away with that, but I really don’t know.

After just 16 days in a row, I’m taking a day off (it just happens to coincide with my youngest daughter’s band concert).  I’ve already gone 60 days in a row this year but this feels different.  There’s nothing wrong, really, in fact I feel quite strong and rode very well last night.  I just want to keep that going.

Often, I can buy into the whole “listen to my own body” thing, as long as I am truthful in my interpretation of what it’s saying.  Too often I see people choose to confuse “lazy” as a means of “listening”.  I worked very hard over the winter to be fit this spring.  My strategy paid off and I want to keep it rolling and in this case rather than listen to my body, which is technically saying “go”, I think I’m going to tell it to chill out a minute.

Maybe you think I’m right, maybe wrong….  In the end, what matters is what I think and what I can get behind – my end goal is always stronger, faster, fitter.  In this instance, a day off makes sense.

The Noob’s Guide to Cycling: How to Find YOUR Proper “Level” for Your Saddle (Or More Aptly Stated, How I Found Mine)

Or conversely, How we ride on those hard freaking saddles all day long!

If you listen to enough sources about how to properly level a saddle, you can come up with so many different answers your head will spin.  You’ll be left dazed, confused and babbling, wondering just what the hell to do!

Fear not, my friends!  There is a simple solution.  Well, kind of simple.  And kind of not.  Really.  Err….

The owner of our local shop is a “level it front to back and call it good” guy.  That works for the Selle Italia saddle on my Trek: 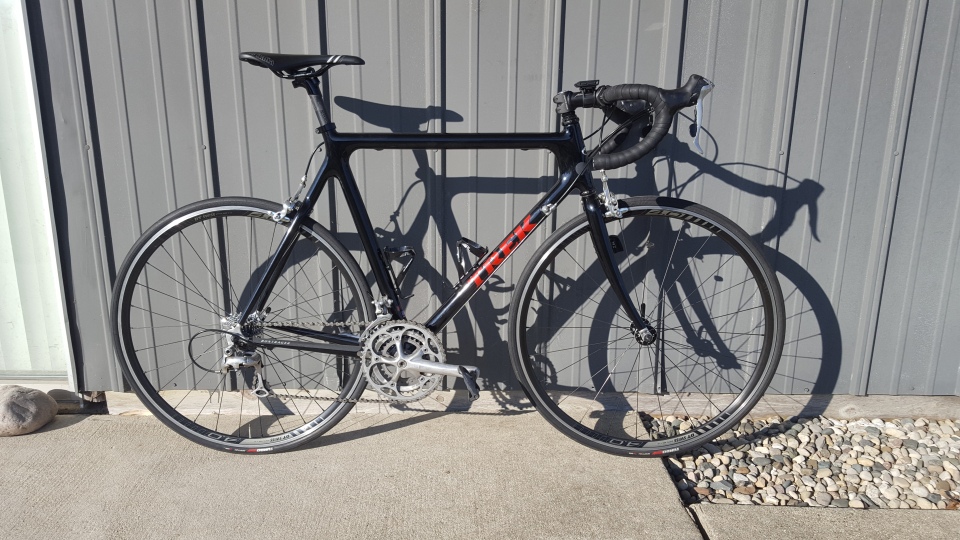 That method does not work for the Specialized Romin saddle on my Venge though.  Not by a long shot: 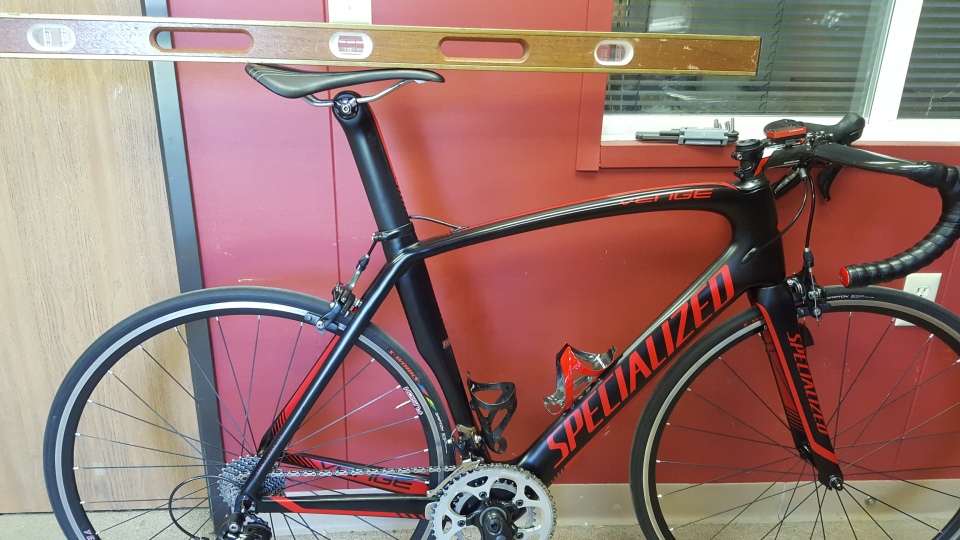 The flat saddle on the Trek is different from the one on the Venge.  You can see the dip in the middle/back of the saddle: 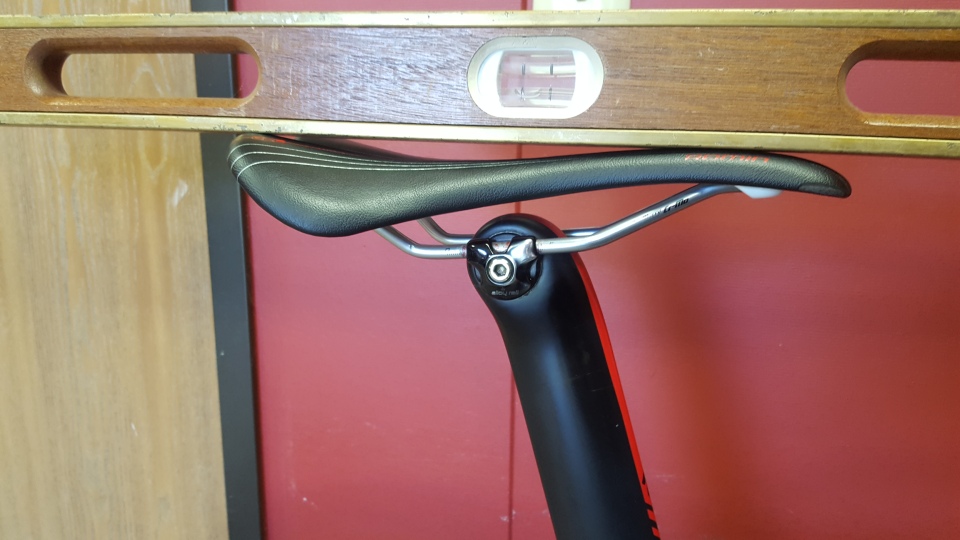 That little dip is the sweet spot on the saddle.  Now, another common way to level that saddle is to level the nose, or the front half of the saddle with a spirit level, but that’s not exactly right either – unless you’re a pro with a ridiculous drop from the saddle to the handlebar.

I only have 4″ (10.2 cm) of drop from the saddle to the handlebar.  I say “only” because 4″ by pro standards isn’t much.  By amateur standards, it’s a lot.  If I were to level the front of the saddle, I would have to lower the nose another 3-4 mm.  Did it, tried it, felt like I was being pushed to the front of the saddle and every couple of minutes I’d have to scoot my butt back to the sweet spot.

Once I had the front half of the saddle level, I brought the nose up a millimeter or two, rode it like that for two days, then raised the nose again and rode it for two more days…  That’s the last time the saddle was touched.  My saddle, that style of saddle, is meant to cradle the cyclist, whether on the hoods or in the drops.  The front and back of the saddle support me just enough so I’m neither sliding forward nor does the nose feel like it’s jamming into my…. um… err…. gorunias.

Well, you get kicked in ’em, it’s gorunia (gonna ruin ya)…

Anywho, with the contoured saddles, the idea is not to level the saddle but to set it so the saddle cradles you while you ride.  It takes a little figuring out to get right but once you do, my God is it sweet.

The process of setting it is very simple.  Level it (either back to front or just level the front half).  Ride the bike.  If it feels like the saddle is pushing you forward, tilt the nose up a little bit and ride some more.  If the nose feels like its digging into your nether region, especially when you’re in the drops, lower the nose a little bit and ride.  Rinse and repeat until your saddle cradles you. ..  At that point, don’t touch it!