Home » Cycling » Cycling in the Cold? Ditch the Hat and try some Earmuffs… Seriously.

Cycling in the Cold? Ditch the Hat and try some Earmuffs… Seriously.

My buddy, Mike brought over a pair of earmuffs for me to try on Saturday, exactly like the pair he wears. I haven’t struggled with a cold dome, I’ve got some decent hats, but he wanted me to try out what he wears.

I doubt I’ll ever go back to hats under the helmet.  Cycling caps, yes, to keep the cold and wind off of my dome, but I’ve got a couple of hats that are going to be washed several times and donated to a charity…

The earmuffs, or “ear warmers” as they’re now referred to because I assume “earmuffs” isn’t cool enough anymore, Mike brought over are Degrees ear warmers by 180s and they’re awesome, and shockingly good at letting traffic noise in while keeping the ears warm. 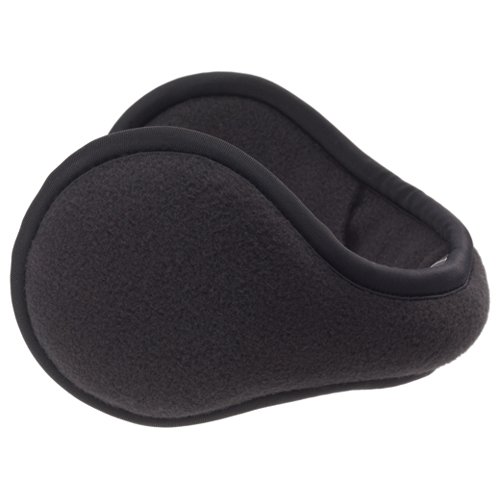 They’re not cheap, even on Amazon they’re $22, but in my humble opinion they’re worth it. I can’t imagine ever wanting to go back to hats to keep my head warm. It was only 24° when we rolled Sunday morning, with a “feels like” temp in the mid-teens and I was fairly comfortable starting out with just the ear warmers and a cycling cap – I was exceptionally snug once we got rolling.

What I really liked was the way they let in traffic noise. One would likely expect that earmuffs would block out road noise (I did), but these don’t.  Not only could I hear perfectly well, I can hear better with them on.

So, if you’re not exactly thrilled at wearing hats to keep your ears warm, give Degrees by 180s earmuffs (warmers) a try – I’ve got the fleece pair. They’re adjustable, too.

Like Loading...
By bgddyjim in Cycling, Fitness, Gravel Biking, Mountain Biking, Triathlon on March 27, 2018.
← A Photographical Demonstration of How to (and more important, NOT TO) Wear a Bicycle Helmet… What does a Sober Person do when the Wheels fall off? →