My Butt is Hooked on a Saddle: Cycling and the Importance of a Good, Hard, Saddle

I’ve had a semi-squishy saddle on my Trek for the better part of a year, now and at one time I thought it was the cat’s pajamas.  Mind you, this wasn’t the 4″ thick, eight pound saddle people put on their leisure bike.  No, this was a 10mm padded saddle (give or take).  It’s too much.

I ride a hard saddle on my good bike.  It’s not impossibly hard, it’s got a couple of millimeters of padding on it, but that’s not much: 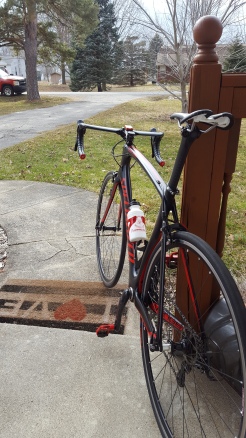 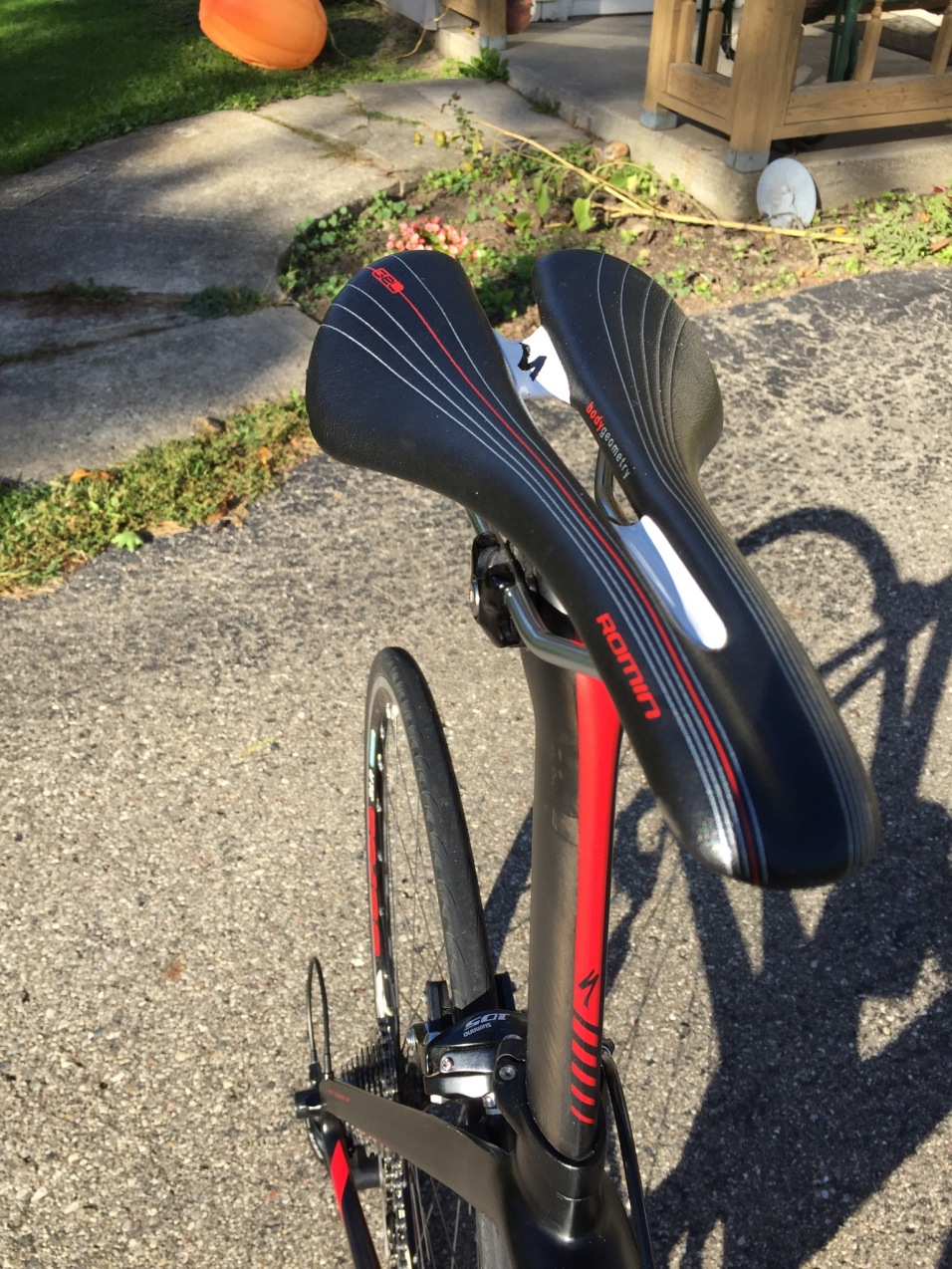 Lately I’ve haven’t felt quite right riding the Trek even though I didn’t change anything on the set-up, but that was the bike I wanted to take up north for our cycling sabbatical for the triple crankset (when going exploring for mountains to climb, it’s typically a good thing to have as many gears as possible with which to climb said mountains).  I did something a little crazy… because I knew the stinging pain I was feeling after 40 miles in the saddle was due to too much padding.

I had an identical saddle to the one on the good bike on the tandem, so I put it on the Trek.  The day before the trip.  Without testing it first.  Not exactly smart, but I’ve put tens of thousands of miles on that Specialized Romin saddle – I knew it would be right and I knew exactly how to set it up for level and fore/aft (-2.1°, exactly 22-1/2″ from nose to handlebar center).

So, common thought typically suggests that one, if one is uncomfortable on a bike saddle, should buy a thicker saddle, with more padding.  This is entirely opposite that which should be done.  It is common misperception that racers and road cycling enthusiasts ride on those impossibly tiny saddles to save weight or to look cool.

We ride on those tiny-ass saddles because they’re vastly more comfortable over long miles at high speeds.

The trick is finding the right one and setting it up properly.