There is nothing greater than saddle experience for figuring out what is causing your bike to creak, squeak, moan or groan, and more important why this is happening in the first place.  I’m pushing 65,000 miles since I started cycling nine years ago and I’m finally starting to get the hang of it. 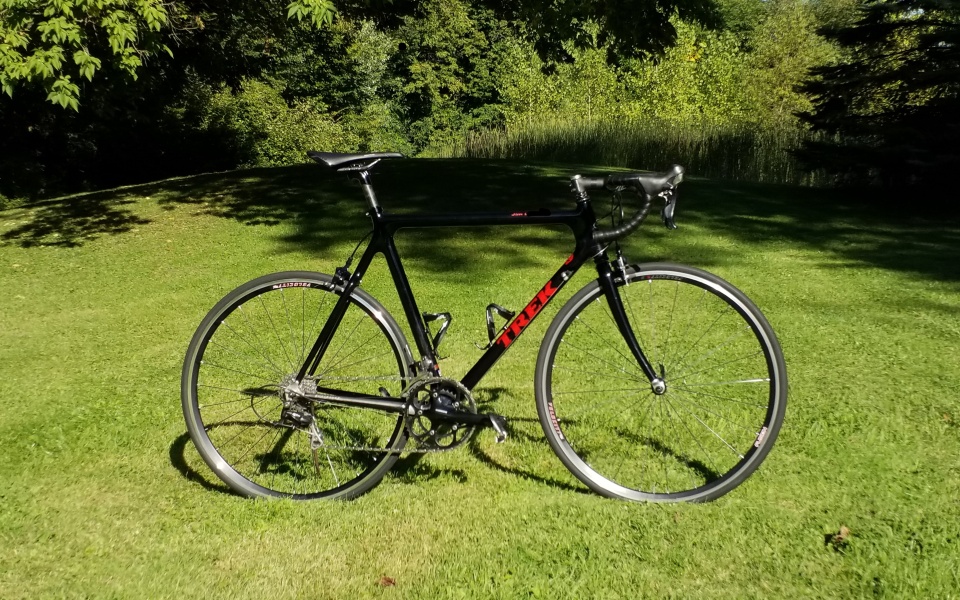 I had a few problems with my Trek the other day, after it’d been silent ever since we started riding outside regularly again at the beginning of March. Every time I’d climb out of the saddle, I’d get three or four clicks in quick succession with every pedal stroke. I knew what that was, instantly. I charged up ahead, hopped off my bike and tightened the rear quick release skewer… it was a little on the loose side (I checked the front, too – it was tight). The clicking disappeared.  I’d taken the wheels off the day before to clean the bike (and touch up any paint chips with nail polish).

Then, a couple dozen miles later, the rear wheel developed something between a clunk and a creak. Something wrong with the rear hub – I’ve been through this a few times but there was nothing (I thought) I could do on the road. It turned out I could have. The nut holding the bearing cap and cassette body assembly had worked a little loose. I cleaned the hub and lubed the cassette body pawls while I had everything apart, just for good measure and put it back together. All better.

Then, just to make sure and because I know this is a common problem, I checked the chainring bolts. Those will work themselves loose over time and you’ll develop a clicking sound when you pedal that sounds like it’s coming from the bottom bracket. Two bolts of the five required an eighth of a turn to snug them up (this definitely would not have caused a click but it’s just good to check them from time to time anyway). 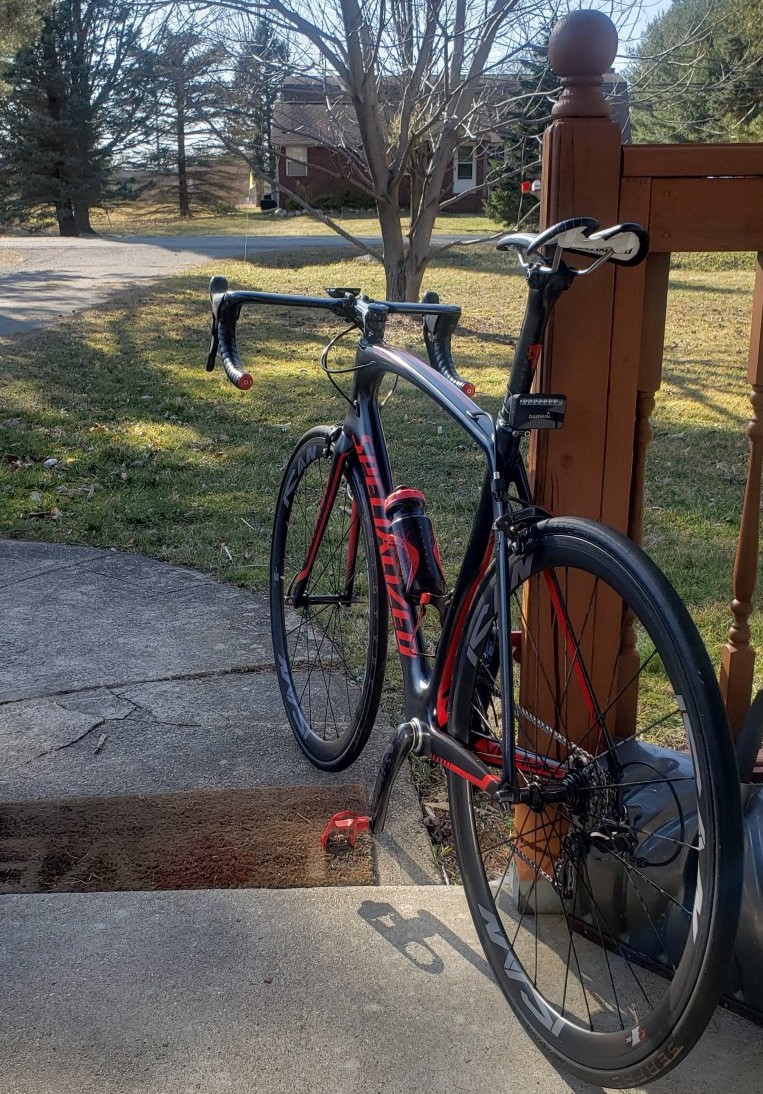 Riding with my buddy, Chuck a while back and his bike was making a God-awful knocking sound (this goes way beyond a “click” or a “creak”). He took it to the shop and supposedly had everything checked over, changed his pedals, lubed and tightened the chainring bolts… then he went over almost everything. I suggested he check his seat post. He rides that bike in weather I would never subject my Venge to – that’s why I have the Trek – and I have to clean my Venge’s seat post at least once a year to keep it from creaking.  I do my Trek’s two or three times a year… Chuck’s had enough dirt and grime in there, I was surprised the primordial ooze hadn’t taken to shouting at him, “Yo, clean me, bro!”  Actually, it technically did, with all of that gnarly knocking.  His seat post cleaned and reinstalled, no more “knock” (or creak for that matter).  Now, one must be careful with this one because the sound and feel of it can “travel”.  This one will typically sound like it’s coming from the bottom bracket area.  It can be exceedingly annoying to diagnose and it’ll likely be the last thing you think it is… that’s how it worked for Chuck, and for me when I had a problem with the same thing a couple of years ago.

Then there’s the matter of my lovely wife’s bike. She had so many different creaks, clicks and squeaks going on, it was hard to pinpoint what could possibly be wrong.  On a particularly rainy morning, I decided to play with it using a shotgun approach.  I started at one end of the bike and worked my way back.  The chainring bolts were good, front wheel was good, cleaned the quick release skewer, then the rear… and that’s how I found her hub bearing caps had come loose. I cleaned everything, lubed the threads of the necessary parts and put it back together. Bueno.  No more creaks and clicks.

Worst of all, though, she had a nagging squeak in her pedal/cleat interface. That was easy. First, this will present as something between a squeak and a creak (squawk?) on the power stroke of the crank. You’ll likely be able to feel it in the pedal, too. First, check to see if your cleats are worn out. My wife’s were so I changed the cleats (I always keep a new pair or two on hand just in case). That didn’t entirely fix the problem, though. And that leaves one of two problems; least likely, the bearings are shot in the spindle/body which requires a rebuild of the pedal or new pedals. Or, if the pedals don’t have any slop in them (give the pedal body a good tug or wiggle, if the body is too loose at the spindle, you’ll feel it), simply take a paper towel, apply some T-9 chain lube (a light oil that dries) to a paper towel and wipe the bottom of the cleat where it sits on the pedal. Also, wipe around the outside of the cleat and pedal where they interface (both front and back). That’ll fix that – there’s likely a little dirt or grime in the cleat pedal interface somewhere. You also might need to tighten the set screw so the pedal clamps down a little tighter on the cleat – that’s another source of creaking or clicking at the pedal/cleat interface. Just be careful when you do this that you only do one pedal at a time, then test before you do the second pedal… if you tighten the pedal’s set screw too much it can become exceedingly difficult to un-clip from the pedal. If you do both and you struggle to un-clip both, guess what happens?! That’s right, you can’t un-clip. You fall down and go boom.  If you don’t break something (on the bike or you), just your ego will be shattered.  If someone else happens to be around you, it’ll be 20 years before they forget.

There are others of course, bottom brackets and headsets, handlebars and… well, really anything that bolts to a bike, but that’s good enough for one post!