Home » Cycling » Three Ways to Make Friends with the Wind on Your Bicycle… Or At Least Learn To Not Hate It So Much.

Three Ways to Make Friends with the Wind on Your Bicycle… Or At Least Learn To Not Hate It So Much.

Michigan is notorious for windy spring days… southeastern Michigan is also relatively flat; you have to travel well north to find any hills so we in the southern lower peninsula look to the wind as our hill training.

The wind is Michigan’s mountains.  This is the initial step in making friends with the wind – and it’s a two step process.  1.  Accept that the wind is going to be a pain in the butt.  2.  Come to see the wind as a way to build fitness for later in the season when the wind calms down.

Most cyclists, when hit in the mouth with a headwind in the 18-mph (29-km/h) range over multiple days will grow weary fighting it – I’m already seeing mumbling on Strava about yet another day in the wind… but I have a strategy or three that’ll have you smiling, rather than cursing, when the gusts push back at you.

We all need somebody to lean on…

It doesn’t exactly work in the current state of things, but under normal circumstances when the wind kicks up, find a few friends and stack ’em up!  The wind sucks a little less when you’ve got six people fighting it rather than you playing Don Quixote all by your lonesome.

Low as you go… 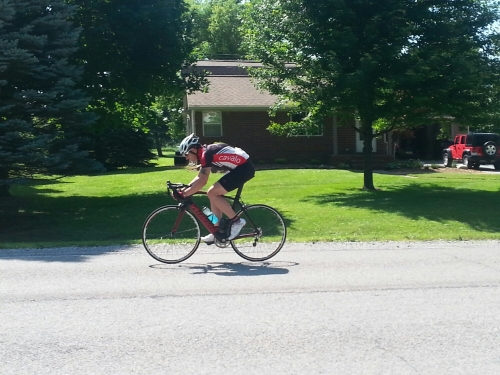 When you’re battling the wind, the less you can look like a sail, the better.  Rather than having straight arms, put a little bend in them so you can get your head down a bit.  You’ll be amazed at how much it’ll help you slip through the wind.

Slow your roll, there Sparky 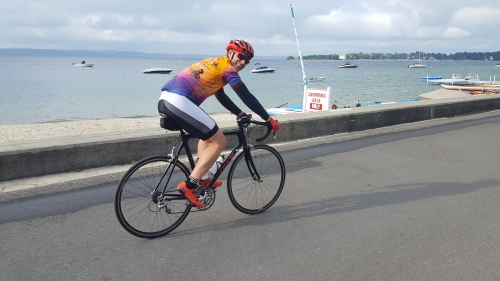 Look, riding into the wind is going to suck.  It does and I’m not going to try to blow sunshine at you, hoping to convince you it won’t.  That’d be silly.  The goal is to simply pick a pace you can sustain and roll with it.  Hopefully you picked the headwind at the beginning of the ride and you can ride a tailwind home.  This last point is the key to accepting the wind for what it is.  Look at the bright side, you’re on the right side of the grass, pumping air and you’re riding a bicycle.  The only way life gets better is if someone walks up with a pile of money and hands it to you… to stay home and ride your bike.  I can tell you, that is spectacular.

Make your peace with the wind.  Of course it’s not as fun as cruising around with a 1 knot breeze without a care in the world, but you have to look at the other side of that coin… you’re riding a freaking bike!  It ain’t work, either.

By bgddyjim in Cycling, Fitness, Gravel Biking, Humor, Mountain Biking, Recovery, Running, Triathlon on May 10, 2020.
← Liebster Award, Thanks to Anna at Storm In A Wine Glass. Fifteen Pounds of Awesome, Baby! →